With its progressive hiring practices and corporate culture, the growing studio offers women artists and executives new opportunities that include business and creative decision-making. 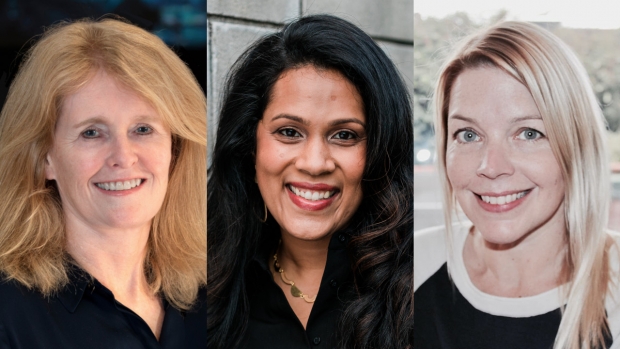 When award-winning producer Brad Lewis (How To Train Your Dragon: The Hidden World, Ratatouille, Finding Nemo) and industry entrepreneur P.J. Gunsagar decided to found Spire Animation Studios in 2020, they were determined to do things differently. Not that they hadn’t accomplished things and enjoyed their time at their prior places of employment (Pixar and Prana Studios, respectively), but, with backing from CAA and venture capital firm New Enterprise Associates, they felt the time was right for a new beginning.

“At Spire, we’re committed to building a strong, passionate team that is eager to reinvent how animated feature films are made, told, and distributed,” Lewis, who serves as the company’s chief creative officer, said at the time. Perhaps most significantly, this reinvention has involved hiring more women in leadership roles, and striving to build a truly inclusive culture.

While few would argue that opportunities for women in animation have grown in recent years, there are still significant disparities in male/female representation. As the industry organization Women in Animation notes, although more than 60% of animation and art school students are women, only 20% of the creative jobs are held by women. Despite sincere (and insincere) efforts on the part of animation studios to be more inclusive and to combat discrimination in the workplace, women still often feel disadvantaged and less appreciated than their male counterparts.

“When I first met Brad, P.J., and the rest of the creative group, it felt so right, so exciting,” says Bridgeman-Lukic, who previously worked at Sony Pictures, DreamWorks, and a number of television studios. “To be welcomed as a collaborator, and not feel like you are just a wrist or that you can't give an opinion is certainly refreshing to me.”

Davalath, also a DreamWorks veteran, is equally excited about the singular opportunity that Spire offers.

“The studio's leadership shares my goals and passions and has been very interested in me bringing my education, awareness, and outreach to the studio,” she enthuses. “There is interest to invest in its employees and create an open environment that encourages mentorship.  I can’t think of a better way to help one’s career than being able to look up to someone and try to create a path towards the same goal.”

Citing Women in Animation’s objective of achieving gender parity by mid-decade (“50/50 by 2025”), Davalath adds, “We have pledged to close the gender gap and even though we still have a way to go, I sincerely believe Spire Animation will help move that needle on every level.”

Appropriately enough, the studio’s first announced CGI feature, the musical Century Goddess, tells the story of Tara, a young woman who is revealed to be a once-in-a-century goddess whose power of song and spoken word ignites a revolution in a repressive dictatorship. Among those contributing their talents to the debut feature are stage director Diane Paulus (Jagged Little Pill, Waitress), songwriter Starrah, and screenwriter/producer Bisha K. Ali (Ms. Marvel).

“The positive response we’ve received in support of our new approach to development and animation film production gives us confidence that our vision for Spire is not only relevant, but also much needed in the industry,” observes cofounder Gunsagar.

The entertainment industry is taking its first tentative steps toward fairer representation and greater inclusion, but there is still a long way to go. However, as more studios become aware of the importance of fostering a diverse workforce, in which artists and executives of all genders, races, and nationalities can thrive, there is reason to be hopeful that the future of animation will be better for everyone.

“We’re thrilled to be working with these incredible women,” says Lewis of the many creatives and executives pooling their talents and sharing their enthusiasm in support of the new venture. “We have no doubt they will not only guide Spire in its mission to tell heartfelt stories with inspiring characters, but will serve as incredible mentors for new women entering the business.”