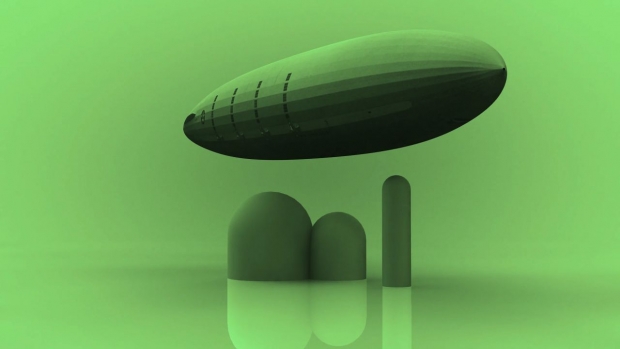 Take a look at the entire series, starting with the brand-new EJK & GVM - Blue Moon Frequency # 2b [Spring Mix]:

With Paal V returning to continue his series direction, the music video’s animation is based on public domain images from the NASA archive, which were turned into a surreal 3D world in MAXON Cinema 4D using the camera mapping technique. According to von Müller, “Projecting the images onto 3D models from the right angle makes it possible to use a camera in the scene and move around the objects or modify them. Other elements were added to the composition in Adobe After Effects. The originals [music videos] are visually more complex, juxtaposed to the single retro/experimental sound of the slide guitar. The remixes are more focused, minimalist reinterpretations to go with the electro/noise sound. Further remixes are in the pipeline.”

von Müller is a London-based slide guitarist blending ambient, conceptual audiovisuals. His albums Teddy Zer & The Kwands (2018) and Ruby Red Run! (2020) catapult a six-string hallucinogenic desert-spirit into a brand-new overlap territory of roots and experimental music. Stripped down to the core, raw and direct acoustic style juxtaposed to sci-fi/protest 3D visuals, including some surrealo-spectacular CD artwork and music videos, such as “Blue Moon Frequency trilogy parts 1-3”; “Toys In Ghettos (Part 1)”; and “Interstellar Resorption #3.”

Take a moment to check out the original Blue Moon Frequency - Parts 1 to 3 (Director's Cut) 4+ minute trilogy from 2018:

‘Baymax!’ Provides an Rx for Humor and Compassion
How Digital Domain Brought Photoreal Characters to Life in ‘The Quarry’
SCAD GamingFest: Building Shared Story Experiences with Diverse Character Design
Mission Critical: ‘Lightyear’s Journey to Infinity and Beyond
Putting the Fun in Dysfunction: The Non-Humanistic Therapy of ‘HouseBroken’
‘The Freak Brothers’: This is Your Humor on Drugs
The Heroic Logistics of ‘Superman & Lois’ VFX
END_OF_DOCUMENT_TOKEN_TO_BE_REPLACED