Ron Clements and Mark Henn Reminisce About ‘The Little Mermaid’ 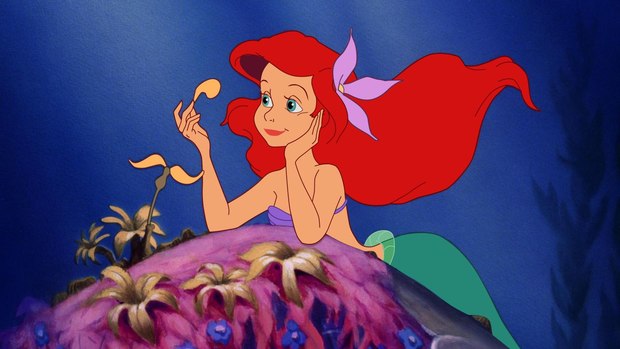 As the seventh title to join the Walt Disney Signature Collection, two-time Oscar-winner The Little Mermaid is unique in the studio’s storied history, the first in a series of groundbreaking musicals that ushered in what is often referred to as Disney’s animation renaissance. Taking its place alongside Snow White and the Seven Dwarfs, Beauty and the Beast, Pinocchio, Bambi, The Lion King and Lady and the Tramp, The Little Mermaid, first released in 1989, wowed audiences around the world, with stunning visuals and an iconic song list that included “Under the Sea” and “Part of Your World,” generating unprecedented success both at the box office and through retail home entertainment media sales.

In honor of the film’s 30th anniversary, princess Ariel, her trusty sidekicks Sebastian and Flounder, and nemesis Ursula the sea witch are now available in a brand-new sparkling, 4K Ultra HD release – the Movies Anywhere digital release launched this past February 12, with the Blu-ray disc hitting stores tomorrow, February 26.

For the film’s co-writer and co-director Ron Clements (with longtime collaborator John Musker) and supervising animator Mark Henn, The Little Mermaid was an exciting project that mixed music and animation in new ways the studio had never before attempted.

“I've always liked musicals, and I think music and animation really go together beautifully,” Clements notes. “The Little Mermaid was the first animated Disney film that really used music in a different way. There was a whole musical structure that was very much like musical theater. That came from Howard Ashman. Howard greatly influenced that way of storytelling. John Musker and I were very inspired by Howard, and really learned a lot from that approach.” While the industry has gotten accustomed to $1 billion box office hauls for big studio animated films, when The Little Mermaid was released, there was some concern at the studio that as a “girl’s film,” it would make less money than Oliver & Company, released the previous year. No one was prepared for the film’s incredible success, both theatrically and in successive waves of home video and DVD release. According to Henn, “We’d done a couple films previously, that were building up to this point at the studio. The Great Mouse Detective (1986) was very popular at the studio, and did okay in the theaters, followed by Oliver & Company. With The Little Mermaid, we knew we had something special that we believed in. How well it did at the box office, and with audiences… you can never predict that. We certainly couldn't. We just wanted to make the very best movie that we possibly could at the time.” Clements concurs. “At the time, it felt special, and part of that was because it was produced with a new generation of young people. I was 34, one of the oldest people on the movie. This was kind of the first Disney animated film that was done by a group of baby boomers, pretty much. And because it was a fairy tale, because it was a sort of classic Disney story, it felt special to us. It felt important. It felt like the stakes were high. And the stakes were high, at that time. Animation was in kind of a fragile period at Disney. We wanted it to be a good movie, that we could feel proud of, and that could hold its own against the classic Disney films.”

The Little Mermaid was Disney’s last film made using hand-painted animation, with more than 400 artists producing 150,000 cels and 1,100 backgrounds. Internet reports claim the film has over 1 million hand-painted bubbles. While Clements has directed a number of Disney films, each using the most sophisticated technology available at the time of production, including the 2016 CG hit animated musical, Moana, his focus is less on the prevailing technology than on the heart and soul of a good story. “It's interesting that The Little Mermaid took four years to make, with hundreds of people working on the movie,” he explains. “Nowadays, in the age of digital animation, it takes about four years and hundreds of people to make an animated movie. Actually, it takes more people, in some ways. So, it has never been about, ‘Well, computers can do what the artists couldn't do.’ Having worked in both worlds, story and characters are still the heart of the films, regardless of how they're made.”

“More importantly, you don't want to keep doing the same thing over and over,” he continues. “I agree when people say Walt Disney was always looking for new ways to make films and would have embraced digital animation. At the same time, I have a love for traditional hand-drawn animation and feel there's a place for that in the future as well. But I think in either sense, you just don't want to repeat yourself and do the same thing over and over. There are so many different kinds of movies that can be made with animation, and it's exciting to explore those options.”

Henn agrees. “If this technology had been around with Walt, clearly, he would have embraced it and introduced it to his staff,” he adds. “But just like Ron said, it still boils down to telling stories. You find good stories, compelling characters, and then, it’s up to the filmmaker's imagination, and the artists involved, to make the right choices in how it all comes together. It still boils down, essentially, to story and character. And, The Little Mermaid stands up against the best of them.” With a number of bonus features and never-before-seen extras, the Signature Edition The Little Mermaid provides an intimate look into the making of a pioneering movie that remains one of the most beloved animated films of all time.

Read AWN’s breakdown of the various new release versions and features in ‘The Little Mermaid’ Joins Disney’s Signature Collection as well as an exclusive clip of legendary composer Alan Menken and Jodi Benson, the acting and singing voice of Ariel, discussing their work on the storied film.