Leading edutainment studio is moving quickly to tap into growing international and US appetite for streaming kids’ content through new connected TV channels outside the Google-owned platform world. 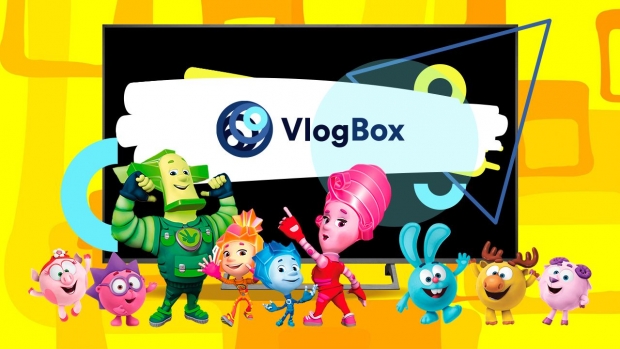 Connected television (CTV) has become one of the leading entertainment mediums over the past few years, helped by a significant boost in viewers during the COVID-19 pandemic. Advertisers have been rapidly pivoting to this new environment as audiences across the world cut cords in favor of streaming content, with eMarketer predicting that ad spend on CTV will jump to $21.4 billion by 2023 – an $8 billion boost over current 2021 ad spend trends. As a result, creators have been eagerly chasing after growing audiences on CTV/Over-the-top platforms – but that path hasn’t always been easy.

Established in St. Petersburg in 2003, Riki Group, a leading animation studio with operations in both Russia and China, has built itself into one of the top global kids’ edutainment brands. With multiple shows broadcast in 50 languages and 100+ countries, the company’s track record of success in new markets proves that kids’ animation is a vibrant, quickly expanding genre. The Fixies, an international hit with 156 episodes and dozens more in production, follows the story of Tom Thomas and his tiny friends Simka, Nolik, and the Fixies classmates, whose hijinks help Tom overcome the challenges involved in growing up and learning about life. Kikoriki has been Russia’s leading broadcast animated TV series for 18 years, spawning numerous spinoffs and theatrical releases. The show follows the antics of Krash, a blue rabbit, and his friends.

With multiple successful shows under their belt, Riki Group approached VlogBox for help breaking into the expanding CTV market, to complement its already enormous YouTube presence currently generating 2 million views a day for its English-language videos. “CTV is the fastest growing entertainment medium around, and as CTV adoption continues to increase and speed up across the globe, gaining the first-mover advantage will provide a huge boost to anyone getting in early,” says Anna Mysskaya, head of international division at Riki Group. “As a result, choosing VlogBox stands as a sure route to success for content creators looking to branch out of the Google-owned walled garden and diversity into new markets and niches.” In order to build a massive viewership similar to what they’d achieved in other mediums, Riki Group faced and overcame multiple challenges.

YouTube’s often-changing policies have left many creators facing restricted revenues, and Riki Group was no different as the brand saw dropping fill rates and lowered CPM. This meant that despite impressive viewer and audience counts for The Fixies and Kikoriki, Riki Group’s revenue generation was decreasing; their audience growth was not translating into the revenue success those numbers deserved. According to Parents Together, 49% of kids are spending up to 8 hours a day in front of screens; diversification across platforms was a must for Riki Group in order to engage the massive boost in kids’ viewing times caused by the pandemic.

With a multitude of OTT and CTV platforms, the nuances of assessing and choosing proper options and strategies can easily become overwhelming. Riki Group needed a way to quickly and efficiently untangle the peculiarities of major OTT streaming platforms, including Roku, Android TV and Amazon Fire TV, in order to move quickly and launch successfully. CTV app development doesn’t just represent a considerable up-front development cost; there are also ongoing maintenance and upkeep efforts, meaning that ensuring problem-free development and post-launch support process was essential.

Reaching the US audience

In 2020, household CTV penetration in the United States reached 72%, and that number has only gone up in 2021. This represents an unmissable opportunity for any growth-oriented brand, and Riki Group required an experienced promotional approach in order to break into this highly competitive market. Breaking into the CTV market with VlogBox

VlogBox, an industry-leading global CTV app development, video content distribution and monetization company, led Riki Group in launching The Fixies and the Kikoriki channels for top streaming devices. The company resolved the problems highlighted above with the following methods:

Riki Group was able to exceed its YouTube returns with CTV, successfully leveraging VlogBox’s platform and marketing experience to capture high CPM and ad fill rates for its channels.

Riki Group was able to rely on VlogBox’s expertise with OTT platforms, providing a smooth launch for The Fixies and Kikoriki channels. Extensive post-launch support additionally ensured that the channels continued to operate without issues.

Monetization isn’t only about navigating policy, but also about smart segmentation and accurate analytics. The company’s focus on state-of-the-art targeting tools allows VlogBox to ensure that placed inventory is directly aimed at demos with the greatest chance for engagement. In addition, real-time monitoring allows for adjusting strategies whenever necessary, further improving fill rates. Up to 3x higher monetization rates

Animation on CTV has seen average CPM growth rates triple, and with The Fixies and Kikoriki’s captivating child-friendly content, it’s likely that Riki Group’s CTV channel revenues will only continue to grow.

With a painless and transparent CTV adoption process, Riki Group was able to easily enter the CTV market and quickly establish themselves as a leading provider of children’s animation, thanks to:

As the US remains a major CTV market, reaching that market was one of Riki Group’s stated priorities. Following their collaboration with VlogBox, the company was able to happily share their engaging The Fixies and Kikoriki animated content with a brand-new group of channel viewers; a grand majority of these new views – around 80% – come from the United States.

With Riki Group’s unqualified success with its first foray into CTV, the studio has set its sights on introducing more branded apps and channels onto CTV platforms.

Want to launch your own OTT channel? Get started with VlogBox.

For ‘Loki’ VFX, Time is On Method Studios’ Side
Nailing the Unique, Stylized Animation of ‘What If…?’
Virtually Sensational: Previewing SCAD AnimationFest 2021
‘Star Wars: Visions’ Takes Japanese Culture and Anime to a Faraway Galaxy
‘Chicago Party Aunt’: Turning Life’s Sh*t into Mike’s Hard Lemonade
Talking Real-Time Animation with DNEG, BRON, and Chromosphere
France’s TeamTO Gets By with a Little Help from Their Friends
Another Chance at Unplanned Parenthood in ‘Teenage Euthanasia’
END_OF_DOCUMENT_TOKEN_TO_BE_REPLACED