Iron-Man, Hulk, Thor, Captain America and other characters from the Marvel Cinematic Universe have at it in the latest LEGO game adaptation. 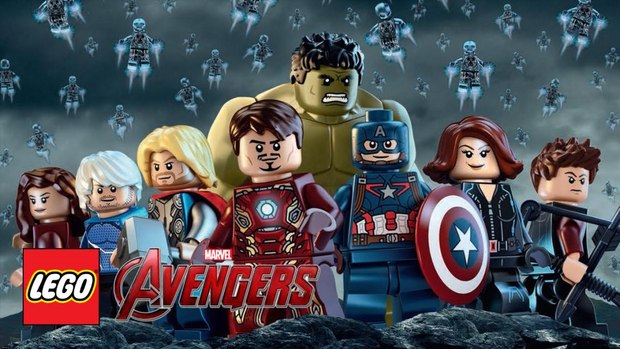 NOTE: LEGO Marvel's Avengers was played on a PlayStation 4 console.

LEGO games are a dime a dozen these days. In addition to their humble beginnings on the PC with LEGO Island in 1997 and LEGO Rock Raiders in 1999, LEGO has published numerous game adaptations over the past 10 years, starting with LEGO Star Wars: The Video Game in 2005. Since then, there have been LEGO game adaptations based on The Lord of the Rings, Batman, Harry Potter and Jurassic Park from developer Traveler’s Tales. Back when the PS4 and Xbox One were being released, LEGO Marvel Superheroes made its debut and was met with good fan and critical reception. Three years later, the newly released LEGO Marvel's Avengers seeks to meet the LEGO quota for the year.

LEGO Marvel's Avengers differs from its older cousin in that it focuses on levels and characters designed for the Marvel Cinematic Universe (MCU). It starts promising enough with Avengers: Age of Ultron as you swap and transition to Iron-Man, Captain America, Thor and Hulk. Each one is recreated and voiced by their live-action counterparts from the films. The game jumps back and forth between the Age of Ultron and The Avengers films, making sure that each action sequence is touched on. There are levels dedicated to Captain America training at the gym before he is recruited into the Avengers and a section about chopping wood at Hawkeye’s farm. While seemingly shallow, these levels allow the game’s pacing a bit of breathing room to ensure that the action never remains ratcheted up at 11 the whole way through.

The same pratfalls and family-friendly humor you see in every LEGO game is present and welcome in LEGO Marvel’s Avengers. It’s cute to see Hulk getting upset over his fallen ice cream cone or Loki enjoying a nice refreshing drink while Captain America and Iron-Man fight Thor. And just like recent LEGO games, LEGO Marvel's Avengers takes the dialogue clips from the films for comedic effect. What isn’t used for comedic effect are the same two or three catch phrases that the main characters always say. If you ever needed to hear Thor say, “Do you want me to put the hammer down?” or Iron-Man exclaim, “There’s no version of this where you come out on top,” then LEGO Marvel's Avengers is definitely for you. The worse offender is Captain America’s “Hey…that’s enough,” because whenever he says that the rest of the game audio recedes into the background. It’s not a glitch or bug. It’s part of the game. LEGO Marvel's Avengers has some pretty critical game breaking bugs too, but this is to be expected when you release a game for every platform under the sun. Early in the game, Captain America will flashback to Captain America: The First Avenger as he fights Red Skull in an underground base. When Red Skull exits, a cutscene plays and an indestructible piece of rubble falls directly on Captain America. You are still able to play as the other characters in the level but Captain America, who is now stuck, is absolutely vital to progressing through the stage. Upon restarting the entire level, I discovered that I had traveled too far across a bridge and Captain America wasn’t fast enough to avoid the falling debris. Those are the kinds of game breaking bugs that should’ve been caught during testing. And at other times, you’re not quite sure if you encountered a bug or the game just isn’t telling you what to do.

While LEGO Marvel’s Avengers is relatively straight forward, there are certain segments where the player is not given any hints instructing how to progress. Hawkeye’s farm has a barn with breakable doors but an indestructible lock. So, naturally, you break in, but for some reason the level doesn’t progress. What the game doesn’t tell you is that you need to switch to Tony Stark and use one of the Iron-Man suits to destroy the indestructible lock. Some of the button prompts will pulsate on screen, indicating you should tap on the button. When that doesn’t work, you naturally hold it down, ignoring any preconceived knowledge you’ve had playing video games.

The way missions are presented in LEGO Marvel's Avengers is unorthodox as well. As the main story continues, missions that are adaptations of Captain America: The Winter Soldier, Thor: The Dark World and Iron-Man 3 are unlocked unceremoniously. They are not integrated into the story leading up to Avengers: Age of Ultron as the MCU would present them. What is most perplexing is that the levels based on Winter Soldier, Thor 2 and Iron-Man 3 are so lazy in their design. They hit the main action beats, and are broken up by comic panels and narration from an appropriate character from that film. Then, it’s “Mission Complete.” There are only three stages for each film, so don’t go into this expecting they will be as varied or as interesting as the levels based on The Avengers films. There are exploratory levels aboard the S.H.I.E.L.D Helicarrier and Manhattan to artificially lengthen the game.

LEGO games’ gameplay has always gone for a more approachable combat mechanic. Square is your basic attack that beats bad guys with a few hits, Circle is a special move that is appropriate to that character and “X” will allow the character to jump or fly. What is new this time around is a mechanic inspired by 2009’s Marvel Ultimate Alliance 2. When two characters are in proximity of each other and a meter is charged, the two heroes will perform a “super-attack,” that will destroy nearly all of the enemies on the screen. Quicksilver will ride on Captain America’s shield and Scarlet Witch will lift Hawkeye’s arrows and rain them down. It doesn’t always end up being flashy because not all of the playable characters are superheroes. To circumvent this, the non-super hero characters will just launch each other into the air.

Speaking of characters, the variety of characters surprisingly has been pared down since LEGO Marvel Superheroes. Gone are the X-Men, Fantastic Four and Spider-Man cast. But don’t worry, you can still play as Squirrel Girl and Doctor Erik Selvig. They give the Avengers variations of their costumes, but the cast of characters is disappointing to say the least. It’s also very peculiar that while The Avengers’ bombastic and epic score is present in the title screen and throughout the game, soundtracks from Captain America: The Winter Soldier and other films from the MCU are not used.

LEGO Marvel's Avengers is still a fun, albeit frustrating, LEGO game. The trademark humor and cast of now limited characters are still fun to play with. It’s enjoyable to run around playing as the Hulk while a friend runs around as Iron-Man’s Hulkbuster suit. However, very odd game design decisions hamper what could have been a more satisfying game experience.