Re-VIEW: ‘If Anything Happens I Love You’

Two parents’ sudden, heartbreaking loss becomes ours in Michael Govier and Will McCormack’s animated short that ultimately fulfills us with the healing power of hope. 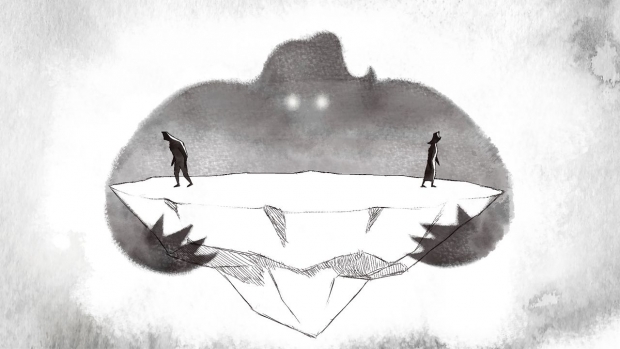 “Grief fills the room up of my absent child,
Lies in his bed, walks up and down with me,
Puts on his pretty looks, repeats his words,
Remembers me of all his gracious parts,
Stuffs out his vacant garments with his form.
Then, have I reason to be fond of grief?”
​- William Shakespeare, King John, Act III, Scene 4

The classic American animated film typically embraces one of two genres: comedy or adventure. But this is merely a convention; it does not need to be so. Filmmakers can and do use cinematic tools to tell many kinds of stories, not just the pleasant ones, and some of these stories can best be told through the medium of animation. As many directors have declared: “Animation is not a genre – I’m just making films.”

Thanks to this convention, animated films usually refrain from exploring the deepest dimensions of the human psyche, especially the tragedies and the radical grief. The splendid Netflix animated short film If Anything Happens I Love You has no such inhibitions. By tackling subject matter that many people would consider “difficult,” it dares to push the envelope and, in doing so, has earned itself 15 film festival awards and an Oscar nomination.

Directors Michael Govier and Will McCormack, who are also both professional actors and screenwriters, spent a year perfecting the script for this 12-minute film, which depicts the anger, sorrow, denial, and – finally – the acceptance of grief experienced by two parents who have lost a child. Anyone who has buried a child knows the mute grief bound up in this action.

In the film, each parent’s individual grief is represented as a shadow-self, untethered, and disconnected from the character. The woman’s shadow argues with the man’s, but why? We know these people are in agony, but only gradually does the reason for their conflict become apparent.

The revelation is made through a series of animated drawings that are barren and lean; in their style, they are as lonely and devastating as grief itself. By adopting this minimal approach, the directors give you nothing to focus on but the emotion of pain. There is no dialog, only a sense of incommunicability and distance between the parents. Inside themselves they are frozen in time – a kind of “stasis in darkness,” to quote Sylvia Plath. They do not experience time; instead, they are suspended like shadows in limbo. As the audience, we perceive the passing of time only externally, in the seasons and in the singing of birds. We learn that the parents are internalizing grief and recognize that we do this, too.

However, thanks to the unexpected discovery of an enchanted object – a blue t-shirt embodying the young girl – the parents begin to remember their child through the grief. We see a gallery of photos on the girl’s bedroom wall that portray key moments in her brief life. As the grieving parents recall a family trip to the Grand Canyon, the day of her birth, her 10th birthday party, playing soccer with her dad in the yard, we the audience fall in love with her as well. By sharing with her parents this process of remembering, we too enter the space of memory.

And so, the parents’ sudden loss becomes ours. It is dramatic and heartbreaking.

Eventually the film takes us where we do not want to go, even though we know we must go there: the final day of this child’s lost life. We want to join the grief-shadows as they try to keep her from taking that final, fateful step into the school where she will die. No music plays as we hear vividly the sound of her footsteps one after another. The school bell rings. Then we hear the sound of gunshots. The screen goes dark. We are suspended in time and space. Language breaks down. The words “If anything happens I love you” appear on the screen of her phone. They dissolve, taking the shape of tears, or rain, or bullets.

If Anything Happens I Love You resounds with timeless messages. In this time of both multiple tragedies and opportunities for hope, this most beautiful of films is especially powerful and relevant. Why? Because all the memories it portrays are represented through the powerful lens of love. At the end of the film the parents find themselves transformed by their deep love for their child and are able at last to mourn her through a celebration of her life.

Ultimately, then, this is a film about hope. When the parents listen to their daughter’s favorite song, they open themselves fully to the lyrics – hearing them, perhaps, for the first time: “I hope that you are happy with me in your life,” the song says. “I will keep on waiting for your love.” As new hope begins to heal their hearts, the miracle of the film becomes clear: it has the power to heal us, too.

The healing power of hope is presented visually, too. The film opens and closes with the same image: an aerial view of the neighborhood where this story began and ended. It depicts a perfect circle, giving closure to this poignant story of universal grief.

Watch our in-depth interview with the directors of If Anything Happens I Love You: Will McCormack & Michael Govier on the VIEW Conference YouTube channel. Subscribe there to get notified of upcoming releases.

Choc Chip Animation Riffs on Pop Culture in ‘The Art of Murder’
F is for Flake: The (Not So) Great Animation Robbery?
Re-VIEW: ‘Avatar: The Way of Water’ – A Miraculous Vision
‘Kung Fu Panda: The Dragon Knight’ Celebrates a Special Lunar New Year
END_OF_DOCUMENT_TOKEN_TO_BE_REPLACED