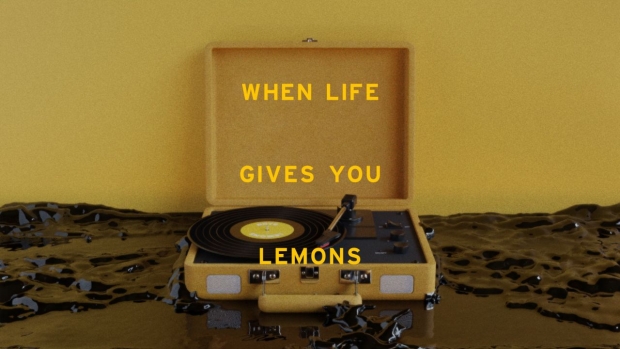 AWN is pleased to share LEMONS, the fourth in a series of innovative, animated music videos produced through Universal Music Group’s °1824 division, showcasing the work of talented young artists that helped the company’s record labels create engaging shorts, using all manner of digital tools, during the pandemic.

Prior to the pandemic, many °1824 team members were more focused on videography than animation and motion graphics. However, with time on their hands during quarantine, they’ve taught themselves new skillsets to pivot into new areas of digital creativity. Fueled by instructional YouTube videos of Adobe After Effects, and tips from colleagues with animation experience, the team evolved to produce captivating music video content that you’ll see in this series.

Take a look at his work:

Moon started the project by trying his best to faithfully match the aesthetic of references sent by the artist, Brye. “Then, I started wondering what more I could to complement the themes of the song,” he explains. “The track’s lyrics are a scathing attack on toxic masculinity, but the production and vocals themselves are restrained and almost cold. That contrast gave me the image of a repressed anger seething underneath a pristine, unassuming surface, which led to the idea of having the otherwise sterile images of the video be gradually corrupted by a thick oil of some sort as the rage and toxicity boils over.”

To produce the animation, Moon “built out the environments in Blender, then through a lot of trial and error, achieved the oil effect with fluid simulations via Ryan Guy’s FLIP fluids plugin.” He continues, “The burning house was also done with FLIP fluids. I then composited, graded, added lyrics and a film filter in After Effects. I had played around with Blender and 3D modeling before, but this project was the first one I seriously used Blender for, so it was a bit of a trial by fire. I learned a lot of things on the fly and I’m happy with how it turned out.”

“Brye is a very talented artist, who had a fantastic vision and aesthetic for the song,” Moon shares. “I'm happy I was able to realize these elements through animation, and I'm grateful to have had the opportunity to work on this project.”