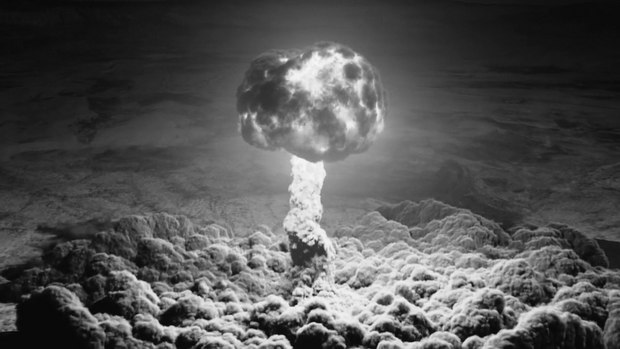 I’m sure many of you have heard the oohs and ahhs about the June 2017 Twin Peaks episode, Gotta Light?  It’s a rare case where the reactions are justified. After watching the episode, a friend of mine told me that his partner said he looked like he’d just seen God.  And that pretty much sums it up. It was undoubtedly the greatest work of art even made for a television (or computer) screen. That Lynch got this on Television is remarkable. Throughout the episode (indeed, the series) – which seems to be about the origins of evil – there are moments where it’s no different than sitting at a festival watching an abstract animation film. Gotta Light? is a mindbending, majestic exploration of the roots and nature of good and evil.

One of the key scenes from the episode is a spectacular 5-minute sequence (accompanied by Krzysztof Penderecki’s stunning piece of music, "Threnody for the Victims of Hiroshima")

that guides you in and through an atomic bomb blast. I have no idea who made or how they made it, but it might well be my favourite animated short of the year thus far.

Horror has never been so breathtakingly beautiful. You don’t want to watch it. You remember the things you’ve read, the devastation unseen, the silent screams, the shadows permanently etched in ruins, the moment humanity crossed the line… yet you can’t take your eyes away from this majesty of terror.

An Interview with Priit Pärn
‘Baymax!’ Provides an Rx for Humor and Compassion
How Digital Domain Brought Photoreal Characters to Life in ‘The Quarry’
SCAD GamingFest: Building Shared Story Experiences with Diverse Character Design
Mission Critical: ‘Lightyear’s Journey to Infinity and Beyond
Putting the Fun in Dysfunction: The Non-Humanistic Therapy of ‘HouseBroken’
‘The Freak Brothers’: This is Your Humor on Drugs
END_OF_DOCUMENT_TOKEN_TO_BE_REPLACED