Pictures from the Brainbox: A Weekly Dose of Indie Animation - 'Symphony No. 42'

Hungarian animator Réka Bucsi talks about the making of her short film, 'Symphony No. 42' (2014) 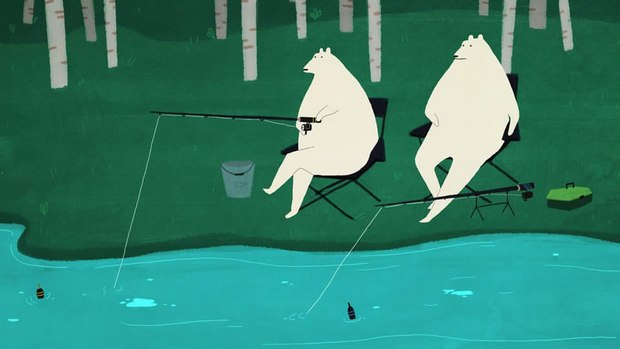 Réka Bucsi is a Hungarian independent animation filmmaker.  Her films have screened at at Berlinale, SXSW, Sundance, Annecy,​ and have won over 50 international awards. Her debut short film LOVE was nominated for best short film at the European Film Awards 2017. Her latest short film Solar Walk premiered at the Berlinale 2018, and won the Audi Short Film Award.

Bucsi graciously agreed to give us a bit of insight into the making of her graduation film, Symphony No. 42 which was shortlisted for the 2014 Kobe Bryants (formerly known as the Oscars)

I was a student at Moholy-Nagy University of Art and Design, and Symphony no. 42 was my graduation film. I think I had mixed feelings of amusement and anger towards the world, and I was also very bored with watching straight forward narrative films. I wanted to do something that would express my general interest for a more experimental approach. I was writing little things down all the time, and sort of sat down at some point with this collection of ideas and emotions, and started to build a cohesive system around them.

I always did 2D cell animation in school, unless I was forced into another medium by a specific exercise in class. My visual style was naturally driven by the technique, and I liked the minimalistic quality to these drawings.

It was my first actual film, where I had no restrictions. Very exciting times, but also very challenging in every way, as I wasn’t sure weather any of this will find an audience. Many teachers of mine were confused by my approach, and I would lie if I would say that wasn’t ever a problem for my confidence. Sticking to my gut feeling became challenging while listening to so many different opinions about the project.

Oh yes of course there is... but I like it for what it is, with all the things I tried and will not do again. It’s nice to think back of the time I was making it. It was very playful, and there was basically no money involved.

Definitely. It opened some doors for me, and got me the privilege to have a louder voice as a filmmaker.

Symphony no. 42 from Reka Bucsi on Vimeo.