Pictures from the Brainbox: A Weekly Dose of Indie Animation - 'Sunny Afternoon'

Every Monday or so, Chris Robinson asks an animator how they made a particular film. This week: Thomas Renolder talks about the creation of his hilarious, inspiring and newly online released avant-garde work, 'Sunny Afternoon' (2012) 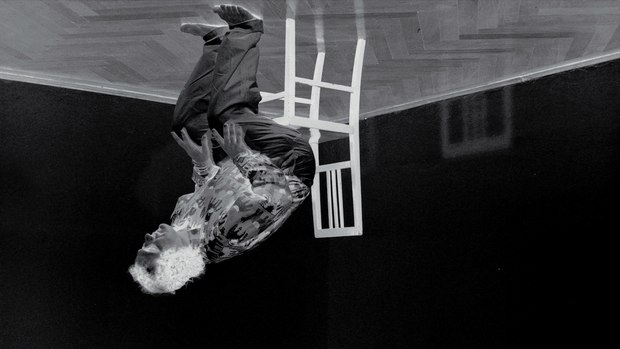 Thomas Renolder is an Austrian born animator, producer, curator, historian, teacher and past ASIFA-President. He has made a number of avant-garde orientated short films including Lonely Cowboy in 1992 and Rhythmus 94, but it was his 2011 film, Sunny Afternoon, that really clicked with global audiences. A mish-mash of genres (it’s part experimental film, part music video) that also challenges those genres, all while serving up a deeply personal portrait of an artist looking back – and forward - on his life with tinges of sadness, wonder and hilarity.

Sunny Afternoon was a song, which came to my mind when I lived in Western Austria.  I was in our flat, on a sunny afternoon, looking to the house on the other side of the street and invented this melancholic song. It expressed my desire to be somewhere else closer to my real interests - psychology studies were more of an alibi for my parents, in fact I was more active in the students' culture centre organising all kind of artistic events - but the house on the other side of the street kind of blocked my view to the shining future, throwing me back down to reality.

Soon afterwards, in 1989, I was accepted as an art student at the Academy of Fine Arts in Vienna in the Studio for Experimental Animation.

The Sunny Afternoon song was in my mind all the time.

I had a few of those self-made earworms and also turned another one into an animated film during my art studies: Lonely Cowboy in 1992. So I made a storyboard for it and started to work on it. Florian Flicker, one of my best friends, did the photo shooting for the part of the lyrics “I'm sitting on a chair”. It should become only a small part of the film. But somehow I didn’t manage to bring this film to an end at that time, but I kept the photo negatives and prints.

When I turned 50 years old in 2010, the dream came back to finally get the earworm out of my head and to finish this film project. I found the storyboard and the photo negatives, digitalised them and started to work.

Of course all my experiences in art and animation, my theoretic thinking about art and film and new artistic interests influenced my approach when working on Sunny Afternoon, and it should become something quite different compared to the original idea.

One main aspect was the biographic context. The 50-year-old Thomas was looking back at his 30-year-old self. What had been my dreams when I was young and what can I still do in my life? I decided then to underline the aspect of looking back in my lifetime by adding these childhood and youth images at the beginning, and to turn around looking to the possible future by adding the envisioned images of myself 20 years later, at the age of 70. I also remember these slightly worried questions: Will I even reach this age? Will I stay healthy and happy until then?

So, this was a very personal approach.

The other important aspect of the film I would mention is the film-theorist approach. In the original script the photo sequence had been intended to be just a few seconds long, just as long as the words “I'm sitting on a chair” would need.

It then took a huge amount of time to digitalise these old photographs and to bring them to a good quality. Many hours I worked on Photoshop to correct the position, to erase heavy dirt and scratches, but I still left some dirt as I wanted to keep the 'analog feeling' of them. They should also still tremble slightly so people can feel they are on paper.

Then something surprising happened: after all the work preparing the photos on the computer I discovered the possibility to “do more” with them, to play and to experiment. The pleasure of creation, the fun to discover the unexpected, and finally the entertainment about funny effects just took me away. I sometimes asked me daughters to watch, what I had discovered and developed newly, and when they reaction was laughter I knew I was on the right path.

I enjoyed to use as many different techniques as possible in this film.

The micro-editing of photos reminding of found-footage simply fitted an avant-garde film approach in the first part, while the mix of techniques like drawings on paper, rotoscopy, object animation, pixilation, time lapse photography etc... fit the concept of the more intuitive workflow in the second part.

The part with the view to the house 'on the other side of the street' I had imagined as time-lapse photography already when I started the project as a student. I found this contrast of the row of very different small and partly old houses, being reflected in the huge glass facade simply beautiful, and I could not find a better images or a better technique to illustrate this part of the lyrics.

As I described in my first statement: 23 years

But well, since I am only a “part-time artist”, it took me more than one year, but I did a lot of editing on my laptop, during holidays, during late night etc. - after doing money jobs.

The first part took the most energy. I worked really a lot on the micro-editing over a long time, experimenting and watching small parts over and over again hundreds of times. The good thing, when you can’t do art on a fulltime basis, but in smaller parts and with a lot of interruptions is, that every time you come back to the computer something new can happen, and I would say this was also the most rewarding aspect of the production process: to get surprised by the unexpected.

I still really enjoy the ending of the first part of the film, and yes, it almost makes me cringe a bit, to see and hear the climax part of quickly altering and rotating positive and negative photos, especially when I can enjoy it on a good Dolby surround cinema with strong basses.

And when I see myself as the 70 years old man smiling down from the cinema screen of course it always touches me deeply, simply because I am still alive.

I felt extremely satisfied, when I had finished the film, already before anybody outside my family, my wife and my two daughters saw it.

But the huge international success made me of course even more happy.