Pictures from the Brainbox: A Weekly Dose of Indie Animation - Robert Pollard x 60 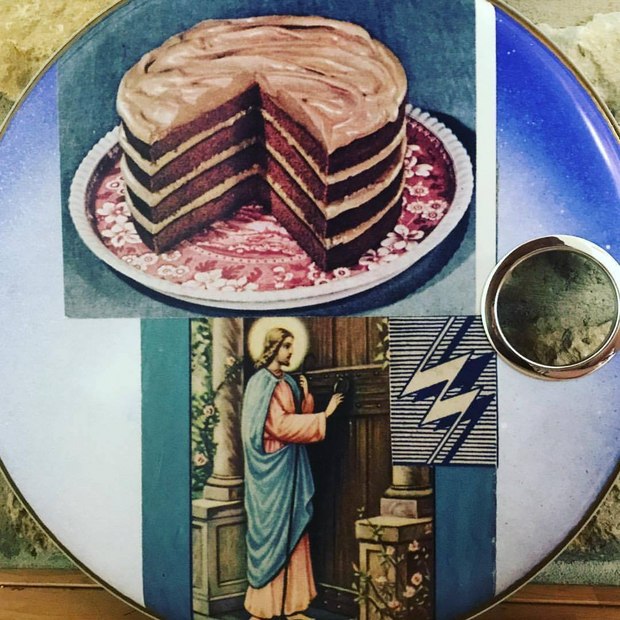 We are all gods. You can never underestimate the creative potential of a human being. Nor the destructive potential.

Today, just a little birthday salute to one of my artistic heroes, Robert Pollard, who turns 60.

Yes, I know he’s not an animator, but he is an artist. Animation is, often, an art, so therefore, it relates.

Everything seeks perfection but never achieves it. Imperfection is better. Try it. It’s easier to attain.

The few of you who know the name Robert Pollard, probably link him as the main man behind the band, Guided by Voices (GBV).  I’ve been an admirer of Pollard – much to chagrin of my wife and one of my kids - since about 2001. Initially I was drawn to the obvious Who influence (I grew up loving all things Pete Townshend) I could hear in his music. But then it grew beyond that as I grew to respect Pollard’s unwavering devotion to his art - whether its writing songs, lyrics or collages (his lyrics are often collages/cut ups). His output is mind wavering. It’s nothing for Pollard to release anywhere from 3-5 albums a year. He’ll put out 20-30 in the same time frame it takes most bands to record a new album – and they’ll be just as good. Some say he needs an editor, but I love the unhinged way he releases his work. It’s like… hey, if you want me, take all of me, then you can pick and choose from there what appeals to you. Pollard’s life is art. Art is Pollard’s life.

I don’t see how you can consider yourself to be enthusiastic about the art, about the discipline of writing songs. And you can say, ‘Well, I choose to take my time on it and make it better and work on a song.’ That’s not how it works.

When I hear artists moan about how they can’t work on their project because they can’t find funding, I roll my eyes.

Just shut up and do it.

When I watch myself avoid completing books for the last seven years or more, or the other projects pushed aside… I roll my eyes.

Just shut up and do it.

Pollard does it. Like his art or not, you have to respect the way he approaches art and life. Like a manic linebacker blitzing the quarterback each and every play, Pollard devours life while most of us nibble at it.

An Interview with Priit Pärn
‘Baymax!’ Provides an Rx for Humor and Compassion
How Digital Domain Brought Photoreal Characters to Life in ‘The Quarry’
SCAD GamingFest: Building Shared Story Experiences with Diverse Character Design
Mission Critical: ‘Lightyear’s Journey to Infinity and Beyond
Putting the Fun in Dysfunction: The Non-Humanistic Therapy of ‘HouseBroken’
‘The Freak Brothers’: This is Your Humor on Drugs
END_OF_DOCUMENT_TOKEN_TO_BE_REPLACED