Pictures from the Brainbox: A Weekly Dose of Indie Animation - 'Milk Milk Lemonade' 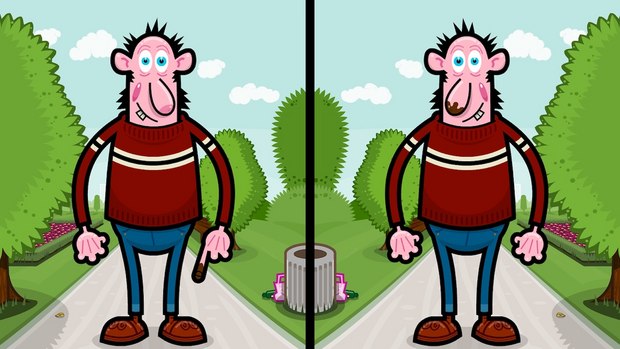 Apparently there’s an old rhyme that goes something like ‘milk milk lemonade/around the corner fudge is made. Something to do with defecating, I presume, given that Ged Haney’s much maligned (I think the OIAF was among the few festivals to screen it) 2010 short opens with a man struggling to unleash release let go be free.

This is maybe the first time that taking a dump has been used as a metaphor for an individual’s inner struggle to liberate themselves, to unblock whatever is stifling them and find some balance and calm. In this cases, the release splits the person into two… kinda shuffling them off to a couple of alternative realities. But… it's a bit like those spot the difference pictures. The variance between the two realities is so slight and almost unperceivable that you can’t tell which road is the smoother. Besides… in the end all roads lead to the same curtain call.

So, yeah, people saw this as a rather grotesque comedy…but I see it more as a grotesque tragedy about the fine line between failure and success, between love and hate. Many of us always wonder about that road not taken, but Haney suggests that maybe there’s not all that much difference between the two in the end.

To return to the toilet metaphor: no matter what goes in, it's still gonna come out as shit in the end. And if you don’t get shit on your nose, you’re still likely to get some on your finger.

or as a great philosopher probably whispered once: ‘different worlds, same shit.”