Pictures from the Brainbox: A Weekly Dose of Indie Animation - 'Life Cycles' 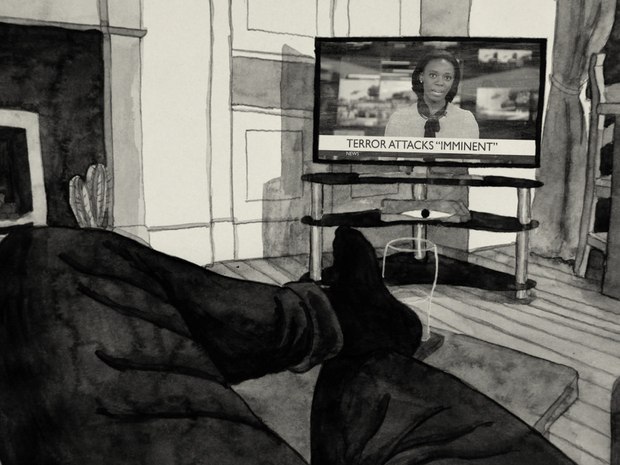 Ross Hogg is an animator from Scotland. Beginning with his extraordinary student film, Specators (2013), Hogg has created a consistently strong, original and provocative body of work that includes The Man who Mistook His Wife for a Hat (2013), Scribbledub (2015), and, most recently, Life Cycles, a refreshingly blunt look at a spoiled, narcissist society long on procrastination and repetition, and oh so very short on meaningful action and engagement.

All the scenes in Life Cycles were planned and initially animated digitally on photoshop. Once I could see that the movement was working, I used the digital drawings or sketches as reference and hand-painted the frames on paper using watercolours.

I decided to use this technique as the film is largely about routine and monotony and I thought it would make sense to make the production method as repetitive or monotonous as possible to reflect the concept.

Production took about 5 months but there were a few months of development and planning before that.

I think the most challenging part was just getting through it. It was a bit of a slog. That and trying to stay afloat financially. That was a struggle… Why do we do this to ourselves again?

How does the finished film compared to your original vision?

I didn’t really have an original vision. The film sort of grew out of a little animation challenge I set myself whereby I’d try and make a snippet of animation every week. I realised a couple of months in that the work I had been making all seemed to connect somehow so there wasn’t really an outcome in mind when I began the process.

Every morning in the film there is a one-second shower scene, viewed from my perspective. At the time of making the film it felt important to include it. It felt like it made sense to be invasive in that way. It’s a bit uncomfortable when I see that scene repeat throughout the film though..