Pictures from the Brainbox: A Weekly Dose of Indie Animation - 'Insect Express'

Every Monday or so, Chris Robinson asks an animator how they made a particular film. This week: Emily Pelstring talks about her innovative music video, Insect Express. 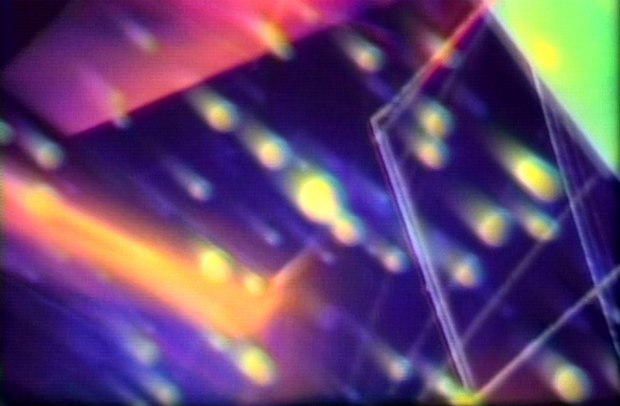 I drew a lot of it by hand on a light table, then captured in Dragonframe. I then cleaned up the line animation in After Effects, and created background assets in Photoshop and After Effects. Next, I composited the layers of animation in Modul8, a VJ software that allows for real-time compositing, rescaling and positioning of video layers. I composited the layers of animation and added some of the VJ software’s cheesy built-in automated 3D effects, projecting this and monitoring it with a vintage video camera whose signal was running through a vintage video colorizer and video mixer. The mixer had a feedback loop on one channel, and I mixed between the feedback channel and the clean channel. During this process, varying levels of video feedback produced distortions in the image.

I like this type of real-time analog effects process because it’s very improvisational. The effects that happen seem unrepeatable and serendipitous.  I’m often tweaking knobs until I find just the right threshold for some miraculous video feedback phenomenon to occur, and I’m often surprised by the accidents that happen in the studio. I see it as a sort of collaborative process in which both the human body and the apparatus generate the movement together. The ability to manipulate movement in this very immediate way seems to me to be close to the practice of dance, and I love dancing—it just brings me a huge amount of joy.

I also really like making things look old, like they came from some past era. I’m not sure why I find that so satisfying.

Not too long. I worked on it for maybe 2 months part-time.

I’ve done several projects in this style now, and drawing the animation or doing the cut-out animation is always the hardest part for me. It’s also the part that takes the longest.

Who knows? I was trying to improve my skills and explore techniques, and I think I learned some things through this project that I carried forward into other works.

Dude! - ‘Rise of the Teenage Mutant Ninja Turtles: The Movie’ Arrives
‘Super Giant Robot Brothers’: A Milestone in Virtual Animation Production
‘Luck’ Aims to Bring Hope to Kids In and Out of Foster Care
Pre, Tech, and Post: The Many ‘Vizings’ of ‘Chip ‘n Dale: Rescue Rangers’
Hammering Out the VFX in ‘Thor: Love and Thunder’
‘DC League of Super-Pets’: A Family Film Produced by a Family
‘Light & Magic’: ILM’s Story of Family, Fun, and Pioneering Visual Effects
Eric Goldberg and Mark Henn Talk the Magic of Hand-Drawn Animation
END_OF_DOCUMENT_TOKEN_TO_BE_REPLACED