Pictures from the Brainbox: A Weekly Dose of Indie Animation - 'I Slept with the Cookie Monster' 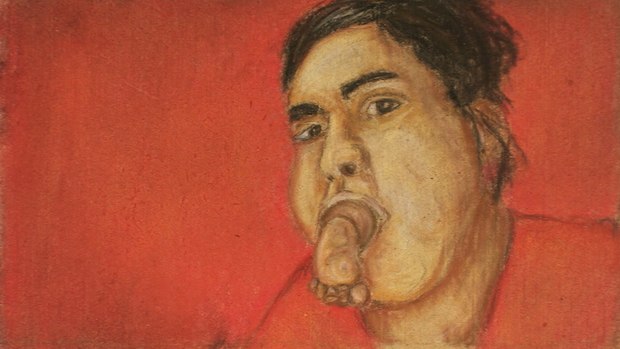 This student film by Kara Nasdor-Jones was one of the surprises of the 2008 animation festival circuit. Made while an animation student at the Massachusetts College of Art, Nasdor-Jones takes on a difficult and painful personal experience (domestic abuse) with a tone that might almost be described as upbeat.

Told –using a mix of pastels, ink, rotoscope and painted tissue paper – from the victim’s perspective, there’s this weirdly breezy, defiant and energetic energy that makes I Slept with a Cookie Monster a striking and refreshing contrast to the dour, angry hopelessness you’d expect from works dealing with tricky subject matter like this.

Nasdor-Jones – likely as a form of therapy and positive retribution – refuses victimization. She’s a fucking hero for enduring this stuff, raising a child, continuing her studies and getting on with it all. The abuser is nameless. He doesn't matter. He is just a passing sinkhole on her road, not her final destination.

Being upbeat, defiant and honest in the face of verbal, emotional and physically pummelling and molding it all into a beautiful - and beneficial - work of art, now that takes courage.

Now that I’ve re-watched the film, I am really curious to know what Kara is up to these days and how she feels about the film some 9 years later. So, I asked her:

I find it a bit cringe-worthy to watch now, to be honest! I think the message is important and I am proud that I was able to turn that situation around, but having the skill level of an undergrad vs almost a decade of animation experience now, I can't help but focus more on the technical things I would change. I suspect that's the case with most artists, though.

I now run a picture framing business in Portland, Oregon, animate motion graphics on the side, and just got married about two weeks ago--to a non-monster, even! My daughter's finishing up the fourth grade and I've already taught her how to animate in Flash via morphing Donald Trump's face into an asshole ;)

Creating the film was extremely cathartic. Not only through physically exhausting myself drawing, but also being brave enough to share the story with my classmates and professors. Domestic violence is such a taboo subject that people don't really talk about so that taught me a lot about how common my experience was (is).

I think the tone of the film was both an honest reflection of how I felt and a bit of a projection. I can't say that I felt positive about it 100% of the time, but I had to be strong and protect my child from a dangerous situation, so there really was no choice for me but to push forward.

He did see the film; I was told by a friend of a friend that he felt ashamed and regretful. We never really regained contact. He was deported a couple of years after I made the film and I learned recently that he died back in December of 2016 in a motorcycle accident.

I Slept with Cookie Monster from Reel 13 on Vimeo.