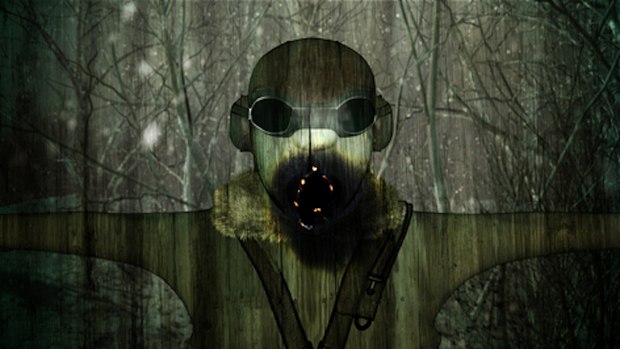 The Popović brothers, Veljko and Milivoj have spent a chunk of 2016 travelling to festivals with their mesmerizing and thought provoking Thoreau-for-the-digital-age film, Planemo. While they’re out soaking up the success of Planemo, I decided to take a look through their back catalogue. I found, Dove si, amor mio, a striking little short from 2011.

Now I don’t know what goes on in the minds of little old ladies, but I can connect to this notion of trying to distract oneself from some fearful memory or truth. I don’t necessarily mean something tragic or scandalous. We have big and little experiences or moments that we try to avoid or escape from. Hell…I mean... everything is a distraction from the inescapable truth of death…. All that we do is pretty much one big avoidance game. In this case we have a woman who seems to have just stopped living when the man in her life died decades earlier. She goes about her little daily routines to push away the past or maybe in the hopes of getting life over with so that she can rediscover that youth… that love…  snatched so early. ‘Course…I dunno… I don’t believe such things will happen. When the lights go out, that’s it. There’s not even silence.

On that cheery note, let’s find out what Veljko has to say about Dove si, amor mio: “The inspiration came from my exploration of how far we are willing to bend the reality of a situation in which we are in, in order not be pushed out of our comfort zone and our routine.  The whole idea is how we are then trapped in this reality in which we seek comfort, but ultimately we are forced to move out of it. The positive thing is, that we are then free to rebuild or rediscover our world.”

That’s a much more upbeat take on the ending than mine.