Pictures From the Brainbox: A Weekly Dose of Indie Animation - An Ordinary Blue Monday Morning

In the first of a weekly focus on contemporary independent animation, Chris Robinson puts the spotlight on a powerful sand animation short from South Africa that depicts everyday neighbourhood violence through the eyes of a young girl. 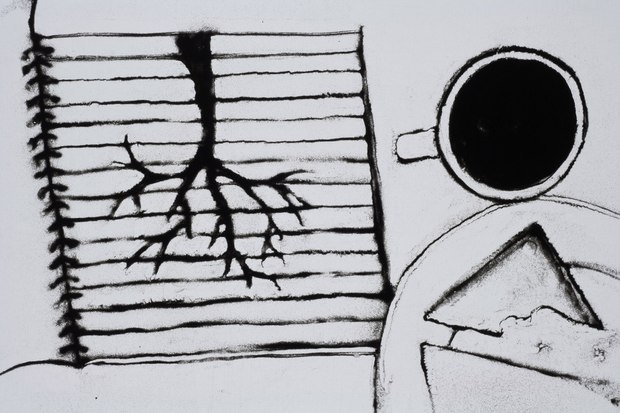 It’s rare that the animation world sees a film from South Africa that doesn’t have the name “Kentridge” attached to it, so it’s nice to see this potent sand animation debut from Naomi van Niekerk.

Using a poem by Ronelda Kamfer, van Niekerk explores a young girl’s innocent preparations for school in community engulfed by daily violence. The sand animation captures the transitory fragility of daily life in this South African community as Kamfer’s text becomes increasingly dark and tragic. We never see the violence, we only hear it recounted in a dry, unemotional tone. This understated approach creates an odd tension while aptly displaying just how common and matter-of-fact murder has become in this community.

“What I liked about the poem,” says van Niekerk, “was the style of the writing, Kamfer’s writing manages to convey heart-wrenching stories in a very ‘matter-of-fact’, undramatic way and it was very different to any other poetry I have read in Afrikaans. I also liked the content -- the story of a quite ‘normal’ day for someone growing up in a ghetto of South Africa.”

While van Niekerk did not grow up in a violent neighborhood, she identified with many aspects of the poem. “I feel it’s important to be able to step into someone else’s reality and to imagine it as your own, to show compassion for someone else’s story,” she says. “So even though this story was not mine, I can empathize with her story, it’s hard to grow up in South Africa and not have an understanding of violence. Some people manage to live their whole lives behind high walls in protected suburbs and choose to turn a blind eye, though this wasn’t the case of my childhood.”

Van Niekerk was inspired to give sand animation a whirl after seeing an early Caroline Leaf film, The Owl and The Goose. “I knew sand-animation was something I had to try. With a bucket with sand and a light box you can create a whole world, the process is very lo-fi and tactile,” she says. “It felt like the right medium for the poem because of the recurring theme of light and dark in the the text that coincides with the process of animating sand on a light box. The content of the story is quite dense, and so was the process of animating the scenes using sand and my fingers.”