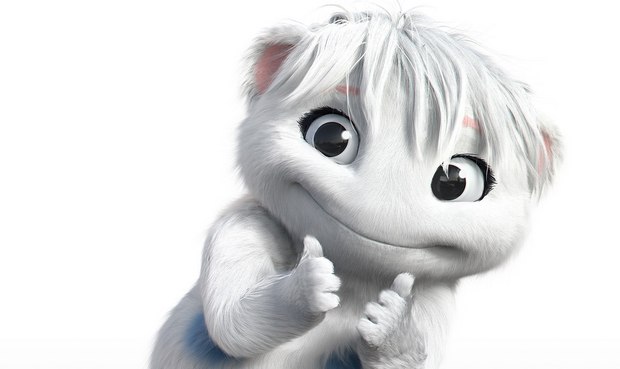 Patrick Osborne, who won an Academy Award for his 2014 animated short Feast and received an Oscar nomination earlier this year for the Google Spotlight Stories short Pearl, and worked as an animator on films such as Wreck-It Ralph (2012) and Bolt (2008), co-created and co-executive produced the series, a mid-season entry slated for nine, 30-minute episodes. Osborne explained that with his background as an animator, shepherding a TV series to air was a whole new challenge. “When I left Disney I didn’t know what the world of being a freelance writer, director, creative person and all of that really was,” he says. “I had a lot of lunches for a year and a half, like three or four a week with different people and you hit it off with a few of them, you know? I met with Doug Robinson for lunch. He produced with The Goldbergs. He’s gotten a show on TV before, so you knew that he kind of got it. My instinct is to go very arty with stuff and to be a total artist, but to find someone who knows how to balance that with getting it done was really important for me.”

Robinson, who came on board as a co-executive producer, introduced Osborne to Adam Goldberg and David Guarascio, who would also become co-executive producers and co-creators of the series. “I realized that they know how to make a show; they know the ins and outs of taking notes, executive involvement, studio vs. network and all that stuff that I didn’t know anything about,” he says. “Plus I just like them. I thought they were entertaining and funny and driven. So I thought it was probably worth partnering up.”

“In making the pilot I realized quickly that my role in the executive position here was going to be to educate the entire team on what animation is, because no-one had really done any,” he adds. “It became clear that they were going to let me be responsible for a lot of it, and also guide them through it. I had to educate them on things like, you can’t see every shot finished and then give notes. We have to step up to the plate and look at blocking and understand that unfinished animation can be guided to the right place. That was an education for not just the other producers and the directors of each episode but all the executives as well.”

Osborne explained that he went to Vancouver to be on set during production and work directly with VFX studio Zoic.

“We did a few things in the pilot that we ended up realizing we didn’t actually need,” he recalls. “One of them was storyboarding. It turns out once we had a puppet made that it was easier to block shots on set with the live puppeteer than the storyboard.”

Puppeteer Jeny Cassady handled a puppet on set, to help block the shots and give the actress Jenna Elfman something to act against while a voice actress read Mary’s lines, (Alice is the only one who can see Mary). Osborne added that “visual effects supervisor Sallyanne Massimini was there too, making sure anything we were trying to do wasn’t impossible.”

Osborne called the process “prevising wide with puppets.” He explained that editors used the raw footage with the puppet to cut a first edit before the animation had even started, to make sure the pacing was working. But he added that eventually, the puppet had to be taken away. “Most of the show is Jenna acting to nothing,” he explains. “There were a couple rehearsals and then we took the puppet away and she had to just do it. But sometimes there were a few performances where we liked the puppet performance so much more so we went with it and we had to erase it. We still recorded every take with the puppet and without it, because it was a great lighting reference regardless, and you could see how to properly integrate the puppet into the scene pretty easily.”

He explained that on set, the VFX team would capture an HDR, spherical photo of the set to capture lighting. “So you could pretty much get first cast at lighting at the press of a button, which was pretty neat,” he says. “Then we just went from there and completed each shot. The general post time frame for a TV show without animation is about three weeks. Ours was between six and seven weeks per episode, depending on how big the episode was. Some episodes were bigger than others.”

Overall, the series’ nine, half-hour episodes required about 100 minutes of animation. The crew at Zoic included roughly 26 animators, and as many as 15 lighting TDs as well as production staff.

“The animation crew was not small,” says Osborne. “I think there were probably around 45 people at Zoic and then a regular full-on TV crew for the actual shoot, so it was a bit of an undertaking. It’s pretty exciting to see it all come together though.” He added that Elfman and actor Stephen Schneider would occasionally drop by the animation studio to check out the progress and to get a sense of what they were acting against. “It really kind of made it feel like it was one big crew, which I don’t think happens very often in visual effects, where the whole crew can kind of meet and you can understand what everybody is contributing to the show,” he says.

Osborne had high praise for Elfman. “We feel really lucky that we found someone like her that was interested and game to really make it her own, because it’s a challenge,” he says. “We’re asking her to just imagine the character, but literally, on set, there’s nothing there. We looked into the idea of painting out tennis balls and green screens and all that, but it just becomes so much of an ordeal on set and it slows everybody down and it’s distracting.”

Overall, the whole process was a learning experience for Osborne. “We were learning up to the last minute,” he says. “I think we were still learning last week when we were doing the title sequence. It’s like… you’re always getting better.” Osborne explained that the biggest challenge came early on in production of the pilot episode. Mary’s character had been designed before the script was written, and the imaginary creature on screen didn’t quite match the one envisioned in the script. “It was a much more monstery, mean kind of thing,” explains Osborne. “It became clear that the design was not working. It was not appealing enough and not cute enough to carry the show, so we had to remake and redesign the character once we figured out what the actual personality was.”

He recalled that the pilot had been greenlit in January and they had until April to deliver the show, so the redesigned Mary had to be made quickly, and that it went from a doodle on a napkin, to an illustration to a character on the screen in no time. “A character at Disney takes 17 weeks to make and we had like nine weeks to make the whole show. And the fact that Sony Television was okay with me doing that was great because they saw the value in the appeal of that character.”

“Television is collaborative, in a lot of ways like animation, where it’s really a mix of everybody involved,” he adds. “You’re never getting exactly what you want, but you’re getting surprised in good ways. Without these guys’ help, I wouldn’t be able to do it at all. It’s kind of cool to take a little bit of inspiration… and shape it into something that can actually be out there, because a pitch is no good if it never gets made into anything.”

Overall, Osborne reckons the season finale is the series best episode, due to a mixture of the performance and the animation. “I’m excited to see what people think of it,” he says. “I think we really hit our stride [on that episode]. That usually happens, you hit your stride right by the end of the project.”

Looking forward, Osborne is obviously hoping for a second season renewal from ABC, which will inevitably depend on ratings.

“What’s cool is that if we have to do another season, we have a certain amount of crew that’s already kind of ‘got it,’ so that would be pretty neat if we can,” he concludes. “It’ll be fun to keep exploring. The set’s pretty crazy and it gets weirder, and I’m excited to see how weird we can get in more seasons.”