This year’s Ottawa International Animation Festival kicks off with a bang with a new Signal Film by Peter Millard and a surprise visit by animation legend Norman McLaren in 3D hologram form. 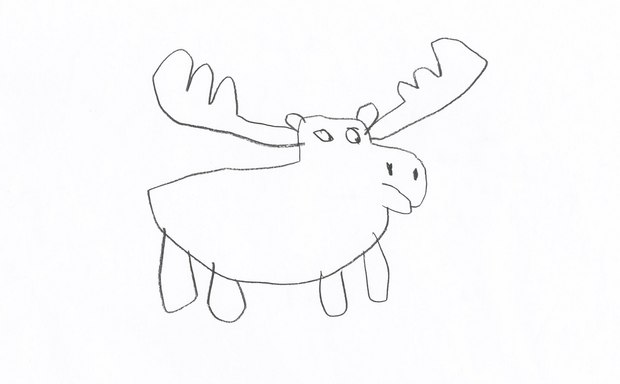 This year’s Ottawa International Animation Festival is now in full swing, and Day 1 kicked off with a bang.

The day started with an early yoga session at the Fairmont Château Laurier to help travel-weary animators and other attendees work out the kinks and prepare for five full days and nights of screenings, panels, talks and exhibits.

At TAC (The Animation Conference), the OIAF industry conference that runs alongside the festival, 10 pre-selected contestants pitched their concepts in the PITCH THIS! competition, vying for a development deal with Corus Entertainment’s Nelvana in addition to Toon Boom animation software.

With opening night screenings still ahead, the Day 1 of TAC was capped by the Toon Boom boat cruise sailing from the picturesque Rideau Locks located next to the Château.

Festival attendees were delighted by this year’s Signal Film, which was directed and produced by U.K. animator Peter Millard. The short film hasn’t made its way online yet, but we’ll be sure to share it as soon as it does. In the meantime, here’s another look at the festival trailer Check it out in the player below:

There's also a bouncy, slickly produced sponsor reel, created for the festival for the 10th year in a row by Ottawa-based animation studio Dainty Productions:

The feature competition began with Night Is Short, Walk On Girl, one of two animated features from Japanese director Masaaki Yuasa, while the short film competition gala comprised 16 shorts in the narrative, non-narrative, student and commissioned categories. Kirsten Lepore’s stop-motion short for Late Night Work Club, Hi Stranger, got things rolling, and then it got weirder and wilder from there. Maybe it’s just the jet lag talking, but director Nikita Diakur’s Ugly made our eyes water, and Beautiful Like Elsewhere by Elise Simard completely took our breath away.

In an interactive component, animation legend Norman McLaren made a surprise appearance at the opening night screenings as a fully-realized 3D hologram that finally fulfilled the promises of the 2016 edition. Holographic McLaren served as Master of Ceremonies, making introductions and taking questions from OIAF artistic director Chris Robinson and the audience alike. Putting everyone’s mind to rest once and for all, McLaren insisted that using computers to create animation is “good and proper,” adding that he would have done the same had they been available during his lifetime. The Massive Creative Fellowship Behind ‘The Lord of the Rings: The Rings of Power’
‘The Dragon Prince’ Director Villads Spangsberg Talks Toonlines and Tough Challenges
Laurence Fishburne and Steve Loter Talk ‘Marvel’s Moon Girl and Devil Dinosaur’
Taking an Old-School VFX Approach in ‘All Quiet on the Western Front’
‘Natural Habitat Shorts’: Like ‘Ranger Rick,’ But for Adults
Framestore Sets Sail on ‘1899’ with New Virtual Production Tools
VFX is the ‘Thing’ for Tom Turnbull on Tim Burton’s ‘Wednesday’
We Need to Chat
END_OF_DOCUMENT_TOKEN_TO_BE_REPLACED