The company’s financial support of Governor Ron DeSantis and other backers of Florida’s just-signed ‘Parental Rights’ Bill has helped normalize continued distrust and hatred of gay and trans people. 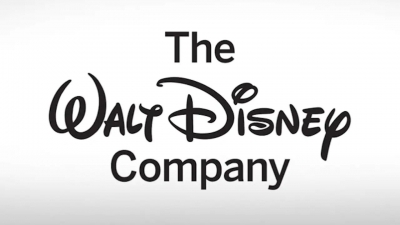 The views and opinions expressed in this article are those of the author and do not necessarily reflect those of this website.

Seven years ago, I went to attend a show at DC’s Lincoln Theater. It was titled When You Wish - A Salute to Music from Animated Films, performed by the Gay Men’s Chorus of Washington.  The show included everything from TV cartoon themes to Oscar winners like Somewhere Out There. And of course, inevitably, a lot of Disney songs - funny songs, villain songs, and romantic songs.

It may come as a surprise to some people out there, but Disney has an enormous fanbase in the LGBTQ+ community. How could they not? We watched the movies with everyone else; they have always celebrated beauty, friendship, dreams, and the promise of love and acceptance, everything we long for as much as anyone. It may also surprise some people, even today, to know that the awareness of our identity can start when we are still children. A boy aware he likes other boys can look at a climactic kiss in a Disney movie and think ‘I want that.’ Disney movies are full of heroes longing to be accepted and celebrated instead of rejected for their differences, from Dumbo to Mirabel in Encanto.

It really shouldn’t be surprising that we in the LGBTQ+ have felt part of the Disney mythos for so long. Especially when so many of us have contributed to those movies, from songwriters like Elton John and the late Howard Ashman, to talented actors like Brian Bedford, Nathan Lane, Ellen DeGeneres, Jane Lynch and Jonathan Groff, and animators like Andreas Deja and Byron Howard, who directed Zootopia, a movie urging for tolerance and celebration of diversity.  In 1992, when Howard Ashman was awarded a posthumous Oscar for his score for Beauty and the Beast after his untimely death from AIDS, Disney allowed his partner Bill Lauch to accept it for him. “Howard and I shared a home and a life together,” Lauch told the world. “Howard faced incredible personal challenges but always gave his best. And what made that possible was an atmosphere of understanding, love, and support.”  Allowing him to openly take the stage at that time, in the age of AIDS, of ’Don’t Ask, Don’t Tell’ and the Moral Majority, was a bold statement to make. It showed that Disney was well aware of the contribution of gay men and women to its output, and, to some extent, aware of its gay fanbase.

All of this makes Disney CEO Bob Chapek’s support for Florida’s so-called ‘Parental Rights’ bill, more accurately referred to as the ‘Don’t Say Gay’ bill so sickening. This bill, which Florida governor Ron DeSantis just signed into law, will effectively outlaw discussion of LGBTQ+ identity in Florida schools [in kindergarten through Grade 3 classrooms]. It allows parents to sue schools for introducing the subject, keeping alive the twisted and backward idea that gay or lesbian identity is obscene and dangerous to young minds. Under this atmosphere children of same-sex couples will be afraid to discuss their parents, LGBTQ+ teachers will be unable to be open about their partners or home lives, and those children already becoming aware of themselves will feel forced to suppress it for their own safety.  All of this adds up to the seclusion of LGBTQ+ families from public life, while hatred and distrust of gay and trans people grow more normalized.  And how much of this bills’ success has come from the $299,126 Disney has donated to DeSantis and other bill backers? And what was it for? For the sake of backing what they think is the winning side?

But even this is not the most appalling side of this issue - over the past 10 years, Disney has made the appearance of growing more inclusive, even while it courted the approval of anti-gay politicians. Movies and TV shows have made small steps toward representation. For over 30 years now, the company has even allowed LGBTQ+ couples and families to celebrate “Gay Day” at Orlando’s Disney World, and even begun selling rainbow-themed merchandise during Pride month, though without mentioning those terms. The reason for this halfway inclusiveness is obvious - the Disney company knows about its gay fanbase and wants their continued support, but not to fully declare acceptance. It’s the same halfway approach that’s been used to taunt every minority in this country from the beginning, with the hope that someday, we’ll celebrate full-on inclusiveness. The revelation of Chapek’s cynical game reveals the hollowness behind all of this. The Walt Disney company is happy to take LGBTQ+ money, but not to support their rights as people.

Disney just premiered a new movie, Better Nate Than Ever, in theaters last month and on Disney+ as of April 1. The movie is based on a middle-grade novel by an openly gay author, Tim Federle, and it tells the story of 13-year-old Nate’s self-discovery of his gay identity, one of the first middle-grade books to do so.  It certainly made me wish I’d had it when I was 13 myself.  And yet, at the same time that movie was being made, Disney was backing the legislation that would keep real life kids like Nate afraid to speak out for themselves. It is a betrayal of the trust of millions of fans and their families, and a betrayal of men like Howard Ashman and every other LGBTQ+ man and woman who has contributed to Disney’s success, and all of those working at Disney today.

The fact that Chapek appeared to reverse his position so quickly after the backlash of the past few weeks only further underlines the cynicism of his game. It took protests, condemnation on social media, and several walkouts from inside the company to make him realize that Disney’s LGBTQ+ fans [and employees] might not like this. Now Chapek’s words are full of acceptance and urges for tolerance and togetherness. But the damage has been done. And in the wake of this, we are hearing more and more from those in the company about how Disney has suppressed content deemed too ‘gay-friendly’ over the years. Now Chapek finds himself stuck between DeSantis, who is now blasting Disney for becoming too ‘woke,’ and the fans he threw under the bus. Is he surprised to find himself in this position?

Whatever the Disney corporation does to turn this around, the betrayal is still there. It’s as if, after years of selling itself as America’s Fairy Godmother, Disney has also been trying to placate the wicked Stepmother, turning the key to lock us in the tower all over again.

Will Craig is a blogger and writer and online artist, as well as a life-long cartoon and movie buff.

‘Baymax!’ Provides an Rx for Humor and Compassion
How Digital Domain Brought Photoreal Characters to Life in ‘The Quarry’
SCAD GamingFest: Building Shared Story Experiences with Diverse Character Design
Mission Critical: ‘Lightyear’s Journey to Infinity and Beyond
Putting the Fun in Dysfunction: The Non-Humanistic Therapy of ‘HouseBroken’
‘The Freak Brothers’: This is Your Humor on Drugs
The Heroic Logistics of ‘Superman & Lois’ VFX
END_OF_DOCUMENT_TOKEN_TO_BE_REPLACED