Ottawa may be overheating tis week, but we’re staying cool with a bevy of fresh animation from all around the world. 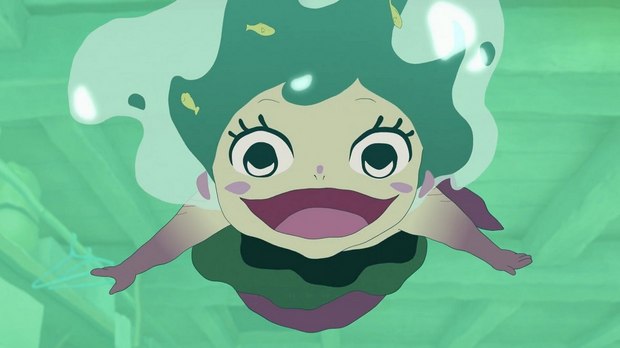 ‘Lu Over the Wall’ directed by Masaaki Yuasa.

It's unseasonably warm this week here in Ottawa, but we managed to stay cool in between meetings on Day 2 of OIAF, hiding from the sun inside the ByTowne Cinema through four gala screenings.

First up was Seattle, WA-based director Clyde Petersen’s stop-motion feature Torrey Pines, which combines a poignant coming-of age story with a cinematic tour of America backed by a killer soundtrack.

Next, we lined up for the second short film competition screening, which managed to deliver even more of a wallop than the stellar opening night. Eleven shorts were screened in all, beginning with Canadian animator Steven Woloshen’s dazzling Casino, a non-narrative ode to his father and his love of gambling. Other highlights included the hand-drawn and rotoscoped Lotus Lantern from RISD student Xingpei Shen, The Full Story from the Oscar-nominated duo Daisy Jacobs & Chris Wilder, the 2D and 3D animated Sog by Jonatan Schwenk from the Offenbach Academy of Arts and Design, and Swedish director Niki Lindroth von Bahr’s stop-motion animated apocalyptic musical The Burden. Following the Short Film Competition 2 gala screening, we dove into Japanese director Masaaki Yuasa’s 2D animated Lu Over the Wall, a visually stunning tale of loss, love, identity and acceptance that celebrates the power of fantasy. Winner of the Cristal at Annecy this past June, Lu Over the Wall is the second of two films from Yuasa competing at OIAF 2017 alongside the romantic comedy Night Is Short, Walk On Girl.

Finally, we capped off Day 2 with the Short Film Competition 3 gala screening, which showcased another 15 animated shorts employing a range of techniques with diverse themes such as love in the digital age, the rage and anguish of the disenfranchised, and the general absurdity of existence. Notable projects included Australian animator Dennis Tupicoff’s A Photo of Me, the gorgeously painted The Battle of San Romano by celebrated Swiss director Georges Schwizgebel, the 3D computer animated Decorado from Psychonauts, the Forgotten Children director Alberto Vazquez, and the unsettling and visceral Riot by French director Frank Ternier.

Tune in tomorrow for Day 3 highlights, including the Animator’s Picnic. There will be pumpkins.