To support the expansion’s June 30 release, the game studio provided AWN with exclusive access to sequences and strategies from the new short film, the third in their anthology-like set of ‘Legends of Runeterra’ stories. 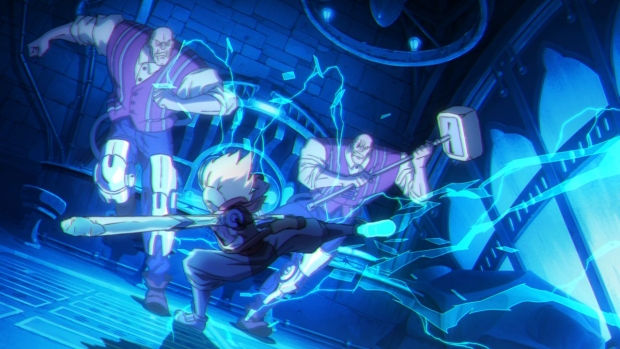 To support the upcoming June 30 release of Rise of the Underworlds, the final expansion in the Legends of Runeterra’s Empires of the Ascended set, Riot Games has shared with AWN an exclusive behind-the-scenes look, from concept to release, of the cinematic trailer’s production.

The exciting 2D trailer takes viewers to locales all across Runeterra, including Zaun, Shurmia, and Bilgewater. For those of you unfamiliar with the property, Legends of Runterra is a free-to-play digital collectible card game set in Runeterra, the same setting as League of Legends. The full game was released in 2020; there have since been a number of expansions filling the game with more content, with the last one in the Empires of the Ascended set hitting tomorrow.

The trailer was produced by the Riot Creative Team of creative director Spencer Donald, senior producer Derick Tsai, and senior writer Sarah Westerfeld, with animation produced by Sun Creature, the Danish studio that also collaborated on Guardians of the Ancient.

According to Tsai, “This film is the third of our recent anthology-like stories that Legends of Runeterra has been telling. The first two installments in this loose trilogy are Empires of the Ascended and Guardians of the Ancient; all three films flesh out interesting, unexplored corners of the Runeterra IP for Riot's players.”

Before we dig in, check out the team's great work:

The trailer is essentially a grounded scene about the tables turning unexpectedly around two nobles in a bar. The film starts with the Dark Patrician and Black Rose Spy in a position of power and ends with Ekko towering over them. “This reversal in hierarchy is a microcosm of the larger power upheavals occurring throughout Runeterra during this set release from Legends of Runeterra,” Tsai shares. “Our approach was to create a cold open dramatic scene punctuated by explosive action. The film features nuanced character acting from two Black Rose nobles scheming in a clandestine Zaun bar intercut with vignettes from the Shuriman desert and a Bilgewater pirate ship to give the piece both intimate and epic moments.”

“Anyone who's ever been overlooked or underestimated can relate to the schadenfreude of this story,” Westerfield notes. “The only thing more fun than knocking these Black Rose cultists down a peg is letting them think they've won, then ripping the satisfaction out from under them. Pyke, Ekko, and Rek'Sai kind of share that underdog spirit... or at least, we'll just assume Rek'Sai does (I'm not gonna be the one to ask her!)”

The short includes a large number of visually complex shots, all produced over the course of an extremely short 17-week schedule. “Our animation partner, Sun Creatures, skillfully crafted both big and small emotional moments, balancing nuanced character acting in the Zaun bar with the high impact action reveals of Ekko, Pyke and Rek'Sai,” Tsai explains. While developing the project, the Riot team decided the best narrative approach was to create a cold open dramatic scene that also functioned as the trailer for the upcoming Legends of Runeterra content release. “When adapting the characters from Legends of Runeterra’s beautiful card art into 2D animation, the key was to create designs that could be animated with emotional nuance without losing each character’s immutable visual signatures,” Tsai continued. “The character designs drew on Yoshiaki Kawajiri's shadowy, hardboiled aesthetic from Wicked City.” Special care was taken to balance that nuanced character acting with the high impact action reveals of Ekko, Pyke, and Rek'Sai. “Rise of the Underworlds is characterized by the complex layering of visual elements,” Tsai adds. “Everything starts with the animatic, which is the narrative foundation of the short film. Even though the drawings are rough, both the story and the emotional intent of each character are baked in at this early phase. The rest of the process is about building upon and fleshing out the animatic with additional layers of visual protein.”

“You can see this beautiful layering of elements in the shots with the Dark Patrician and Black Rose Spy as they scheme in the shadows as well as when Ekko flips above the chandelier while his Timewinder grenade has gone off,” he reveals. “In the Ekko shot, multiple characters moving at different speeds, FX and lighting all combine to create a singular epic moment.”

Rise of the Underworlds will be released June 30.