Keep it in Motion - Classic Animation Revisited: 'Whisper of the Fur-Cone' 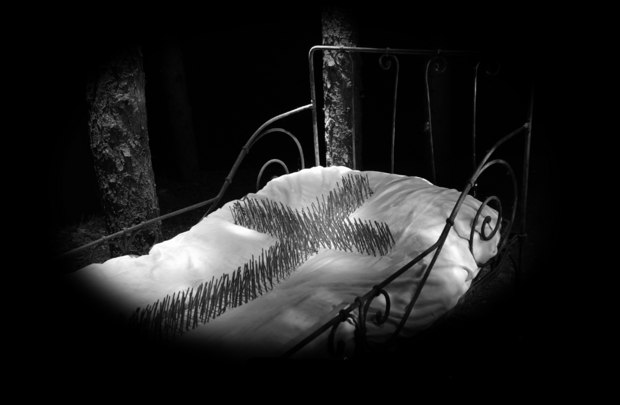 German animator Anja Struck followed up her acclaimed 2002 undergraduate film, Child of Honey, with the deliriously inventive, powerful, and creepy graduate short film, Whisper of the Fur-Cone (2004), which is loosely based on a 19th century Grimm Brothers fairy tale, Allerleirauh. In the twisted original, a king tells his dying wife that he won’t remarry unless he finds someone has beautiful as her.  Sure enough, he does find someone: their daughter.

“Allerleirauh was my favourite fairy tale as a child,” says Struck. “But I forgot its title for a long time (As a child, I did not understand its subtext on incest, of course, I was just fascinated by the ‘coat made of a thousand furs, and every animal in the kingdom had to give a piece of its skin for it.’ I imagined that every animal had a hole in its skin where the fur used to be.) I rediscovered the fairy tale later when working on the concept of the film.”

The film – enhanced by the almost contradictory soothing sounds of Goldfrapp’s song ‘Felt Mountain’ - works like memory, offering us no clear pictures, just hazy, unspoken and fragmented recollections that have left a woman in obvious disarray, struggling to carry on, to leave the forest behind. Struck also shows us how impossible it is to repress, push away or deny the past. No matter how hard we try, how fast we move forward, the weight of a heavy past will always be there, holding us back, keeping us down. Only when we can confront that past and those fears, can we unharness ourselves from it and move on, unhindered.