Every Thursday, Chris Robinson takes a look at films from animation’s past. Today: War Photographer  (2005) by Joel Trussell 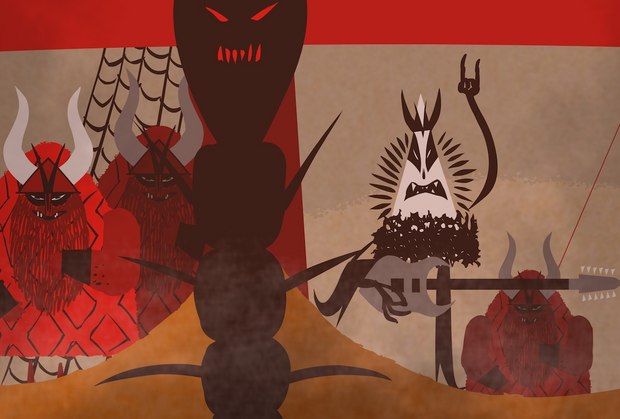 Ah…this one brings back fond memories.  I don’t have much to say about this classic music video from 2005 by Joel Trussell. It’s a perfect dish. The design, humour, music, pacing, all as glorious as a morning erection.

Imagine a sweaty Tom Jones backed by duelling rock band pirates turned transformers who use music as weapons and you get the gist of it all.

Music as a weapon seems like a rather ingenious solution to war, conflict and the American slobbering over all things guns.

He's onto something. Maybe U2, Nickelback, Foo Fighters, Coldplay and other irritatingly megapopular bands  can be put to better use? Just use their music to torture, invade, attack the souls and senses of the enemies? Surely, a few words out of Mr. Hewson's mouth could decimate entire villages and communities.

I have no idea what any of this means, other than this foot stomping, head rattling work is the awesomest.

Now…crank the volume of your eyes and ears and just enjoy this splendid dose of comic absurdity.