Every Thursday, Chris Robinson takes a look at films from animation’s past. Today: Erica Russell's Triangle (1994) 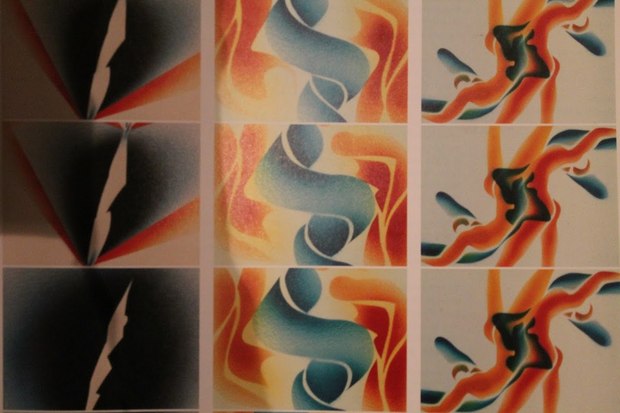 For my money, I’d say that the UK along with Iron Curtain countries were producing some of the most interesting and fresh animation shorts in the late 1980s and well into the 1990s. The UK, backed by the solid, passionate support of Channel 4 Television, was producing a wealth of innovative work with a bevy of techniques and tones. It might also surprise a few people to know that women were really leading that charge. Sure there was Phil Mulloy, Paul Bush, Barry Purves etc… but there were dazzling, ground breaking films from Joanna Quinn, Joan Ashworth, Ruth Lingford (a bit later), Susan Young, Emma Calder (see next week’s column), and Erica Russell were all turning out some dazzling films. It was really a hell of an era.

Erica Russell’s Triangle (1994) followed her 1988 debut, Feet of Song. Both are part of a dance trilogy that concludes with the 2001 film, SOMA. Triangle (which received a glorious Oscar nomination) is a gorgeous, sensual and almost abstract animated dance about desire, temptation, and love triangles…and well, even the simple, overlooked beauty of geometric forms. The discoveries, conflicts and reconciliation are all acted out through dance and a shifting palette of colours, tones and drawing styles that aptly reflect the different stages and temperaments of the relationships

And just think kids, this was all made by hand in an age before Mr and Mrs Roboto took up residence in our mentalpartments.