Every Thursday, Chris Robinson takes a look at films from animation’s past. Today: a trio of early works by UK animator extraordinaire, Susan Young. 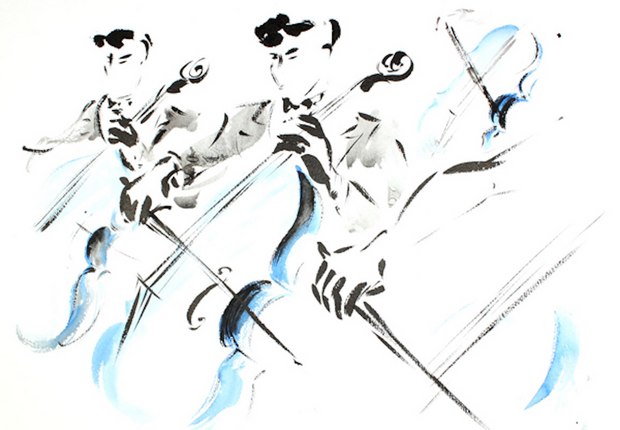 and spotted a couple of promos by Susan Young that rang a bell. Boy there was some fantastic promotion animation being done in the 1990s. Not sure if was triggered by MTV (via Sesame Street), but at the time companies really saw the value in using animation to sell products, ideas, channels. I know that my late pal, Peter Dougherty really lit the creative spark over at MTV Europe in those days. He was commissioning all sorts of indie animators (Phil Mulloy, Jerzy Kucia, The Brothers Quay) to do logos/idents/shorts. I guess they all learned from Sesame Street – who frequently commissioned US indie animators to do shorts for them about counting, spelling etc… If animation can teach you to count, it can also teach you spend I guess.

Anyway… sorry …I went off on a tangent again… Susan Young was among those artists (many of them from the UK including some other forgotten animation folks like Erica Russell, Mike Smith) who were making spectacular commissioned works. They were works that probably helped indie (or whatever you want to call it.. maybe non-Kids… Non-Disney) animation find a new audience while standing on their own as outstanding mini-works.

So here are 2 commissioned films (One World along with the absolutely extraordinary jean commercial: Levis: Variations on a theme) from Susan Young alongside here beautiful RCA grad film, the sorta abstract impressionistic Carnival (1985). All three feature Young’s very distinct recognizable (well…if you’re old enough to remember those times)  animation abstract ‘dancerly’ feel (yes, I know that’s not proper terminology, but you’ll get over it.)

Carnival from Susan Young on Vimeo.

One World, One Voice from Susan Young on Vimeo. Levis: Variations on a Theme from Susan Young on Vimeo.