Every Thursday, Chris Robinson takes a look at films from animation’s past. This week's screening is Karen Kelly's 1995 film, Stressed. 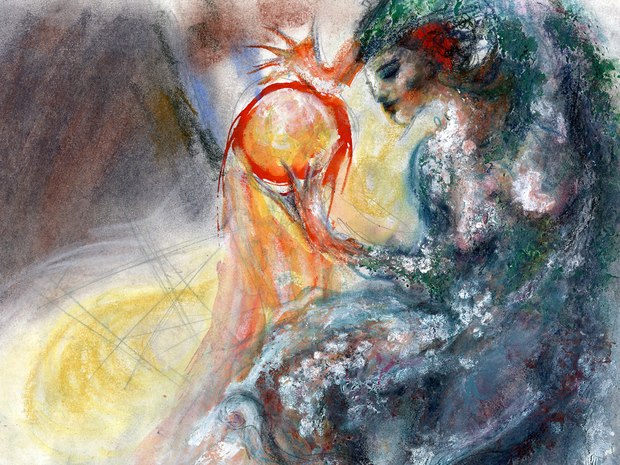 Ah…here’s a golden oldie from the year 1995. I think I first saw this in Zagreb (fittingly, since the legendary festival is taking place as we speak).  I didn’t full get this then, but some 22 years on, I sure as fuck do (oops…sorry for swearing. I know…i know…I do that a lot…it’s an anxiety thing… or stress…or well…shit..I just like the word, okay? It’s better than me losing my shit and beating squirrels with birds or birds with squirrels. Right? Yeah..I just turned 50. I have breathed every inch of Karen Kelly’s masterpiece. This is me at parties. It’s me behind the wheel of a car, in a crowd… noisy spaces… I get overwhelmed by the noise… everything tightens… claustrophobic clutter…faces…sounds… blurred together… ominous… SHUT UP… make it SHUT UP… Why is she driving so slow? Why is he driving so fast? Assholes. Why aren’t you aware of me… of my space…my pace… HURRY UP SLOW DOWN!

Then it passes and you wonder what the hell it was all about.

And really, there’s no point in it. None of this really matters. You gotta shrug it off…. Cause one day you wont be here. Nor will they. Who cares? We’ll all be forgotten. We just have these moments. Might as well laugh it off… let the stress bounce of you like raisins off a Cadillac.

I don’t recall seeing any other films from Karen Kelly after Stressed. I wondered what became her. I looked her up and asked her about Stressed and whether she was still doing animation:

The idea for Stressed was from noticing and being a passive observer of people in London, some were so stressed and isolated with in that feeling that they did not have time to show empathy towards others or appreciate the beauty in the simple things around them. I had a little sketch book to document reference for the film and walked around central London drawing the eclectic commuters, visitors, cabbies, horse guards, architecture...everything!

As to her animation career:

The logistics of animation production, finding a co-producer to support and secure funding for your project is challenging, being dyslexic means this environmental can be overwhelming for me.  Although my focus had shifted, through a culmination of my interests an animation project has emerged which I feel is very relevant for today's society. It has been developed with co-creator Desmond Stewart and is a satirical, urban animation project called Bedlam. It would be amazing to find a financial sponsor to get the project into production.

Digital Domain Pushes the Limits of Monstrous VFX in ‘Morbius’
An Interview with Priit Pärn
‘Baymax!’ Provides an Rx for Humor and Compassion
How Digital Domain Brought Photoreal Characters to Life in ‘The Quarry’
SCAD GamingFest: Building Shared Story Experiences with Diverse Character Design
Mission Critical: ‘Lightyear’s Journey to Infinity and Beyond
‘The Freak Brothers’: This is Your Humor on Drugs
END_OF_DOCUMENT_TOKEN_TO_BE_REPLACED