Every Thursday, Chris Robinson takes a look at films from animation’s past.  This week he takes a look at Italian animator, Gianluigi Toccafondo's unique take on Pinocchio (1999). 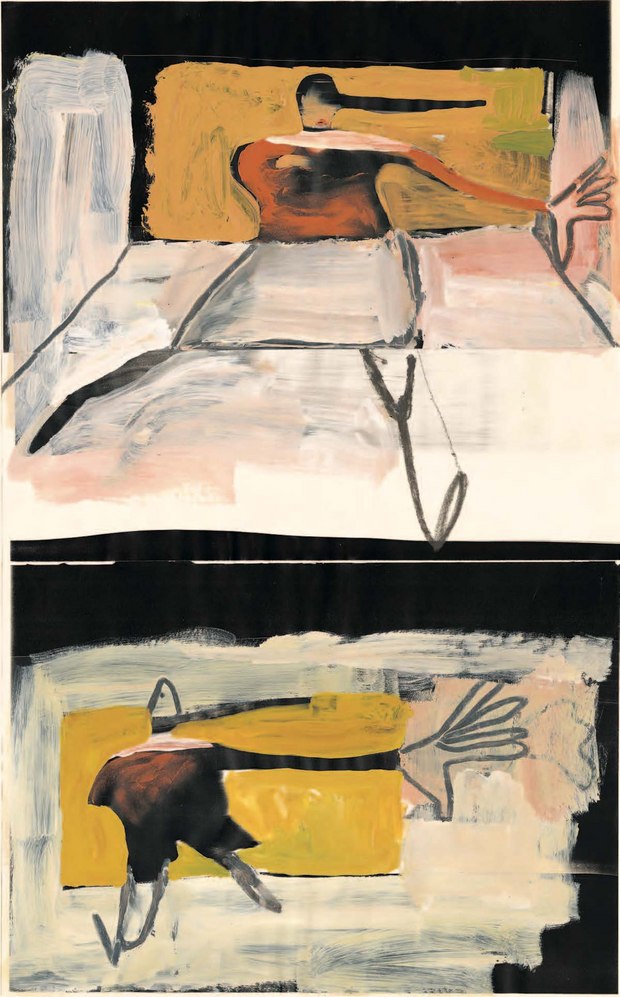 “Since I started animating,” Italian animator, Gianluigi Toccafondo told me back around 2005, “I have always thought of Pinocchio (1999). He’s in all my short films. I had always wanted to do a film and in the beginning had very clear ideas. Unfortunately, it’s been a film that I cursed more than others I made. I never managed to finish it until the producers finally forced me to complete it after three years of work.”

Toccafondo’s interpretation is quite different from the saccharine adaptation of Walt Disney. Toccafondo restores the darker elements of the original story (eg. the cricket’s death) and also injects the story with the madcap playfulness of silent comedies. In fact, underneath Toccafondo’s painted Pinocchio, we can see snippets of footage from the films of Buster Keaton. It’s a fitting fusion as silent comedians like Keaton, Laurel and Hardy, and Charlie Chaplin are all boys at heart. They are curious, ignorant man-boys still awed, surprised and horrified by the world around them. They constantly struggle to escape the soul-killing clutches of the structured, mysterious, and often harmful, world of adults. Toccafondo compresses the story into a manic, breathless six-minute dream. Like Keaton, Pinocchio runs about frantically trying to flee from one menacing figure after another. The viewer is given no sense of a beginning or end. We are simply tossed into the nightmare of another. Toccafondo is more interested in Pinocchio’s journey and the process of transformation rather than the actual metamorphosis itself. The serendipitous beauty of movement and colour splashes onto every frame. Shapes and colours dance, duck, and dive across the screen to the accompaniment of Mario Mariani’s frenetic Nino Rota-inspired score.

Fittingly, the ending is ambiguous. Is Pinocchio dead or asleep? Was this a dream? Is he a boy or a puppet? Does it matter? Toccafondo’s story is a celebration of childhood’s manic moments of horror, wonder and discovery.