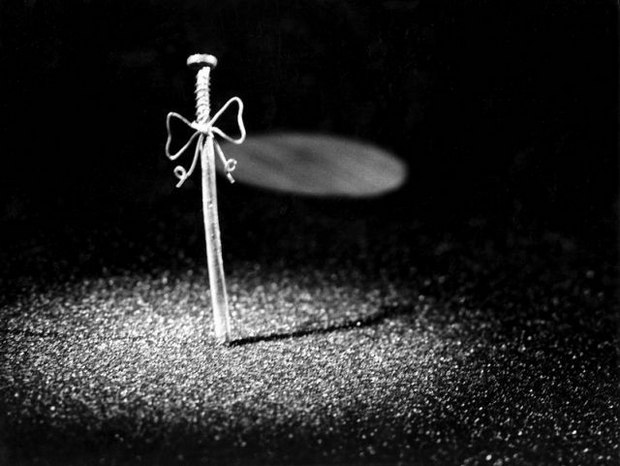 Over a decade before John ‘Hugs’ Lassiter went to all that digital effort to humanize lamps, unicycles, and snow globes, Estonian puppet animation pioneer, Heino Pars, without computers, achieved the same effect using nails as his protagonists.  Nail consists of four short comical stories dealing with such decidedly saucy topics as seduction, betrayal, drunkenness, and the ever-comical death.

Pars got the idea for Nail from his personal experience of woodworking. “I loved woodworking and carpentry and have built several cottages for myself.  While hammering nails, some would be bent crooked.  Then I’d admire such a nail and thought how expressive it was.  It started to fascinate me and I thought I could make something out of this.  I had to think up little banal story lines because the viewer had to understand it easily.”

Pars ran into some problems because of the satirical nature of the film. Moscow was paranoid (rightfully so!) about every work of satire, fearing that it contained criticism directed at them (remember… this was a few years before Tuganov’s parody problem with Moscow). “I had to go to Moscow three times to voice proposals and explain the script.  Then they wanted me to make more storylines that would fit onto a standard reel so that they could then pick and choose.”

But the most imposing challenges facing Pars were technical. “It was a very difficult film to make even though it seems to be very simple.  We had to find a material that could be easily bent.  We tried using aluminium but it was no good because when you bend it back, it is no longer as clean a line as before.  Someone even said that a mixture of gold and silver was best suited for this job. But we were not rich enough for this option of course.  Finally we made the nails out of rubber and that is how we managed.”

The next challenge was keeping the nails upright. As the nails were hanging from wires and shot in close-up, it was difficult to get them to stay fixed. Pars had to turn to the tools of illusion: mirrors. “We had to use mirrors 50% of the time.  We had flat surfaces and we reflected the nail so as to look like it was standing up.  Then we also had to give the nail a shadow to make it look like it really was standing up.  This was a very complicated assignment for Arvo Nuut (the film’s cinematographer), but we succeeded together.”