Keep it in Motion - Classic Animation Revisited: 'Mons the Cat' 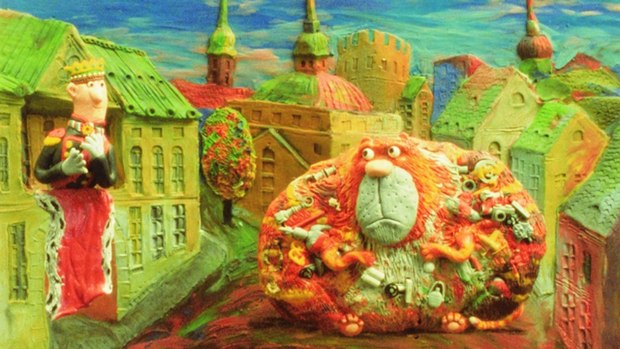 Is Pjotr Sapegin’s first animated short film, Mons the Cat (1995), a nightmarish tale of a hyper consumer living on overdrive within a wild, free flowing capitalist marketplace?  Maybe, but Sapegin just likes cats. “The cat as an animal is the perfect anti-hero because it is basically a nasty character. He kills, he steals, he isn't really faithful, he never served, but at the same time he's so loveable.  If you see a cat eating a mouse, that's when the cat is at his best, he's nice, he's smiling, he looks very, very cute.”

Mons was shot in only four weeks, but Sapegin spent about two months just trying to figure out how to end the story: “In Mons the Cat I used the actual media of animation as an expressive tool, as a storytelling tool.  And then I said, ‘Ah, hah, that's where a lot of things hidden in animation, so you have to see why you are making this film not in live action but in animation, what possibilities it gives you, how you can play with an environment with the reality of animation.”

With Mons, we see Sapegin’s most concerted use of mobile, multi-coloured backgrounds that sweep in and out of each scene. Originally, Sapegin had intended to make the backgrounds entirely in clay, but his “rotten clay” was too soft and would not hold a solid form. So Sapegin heated the clay with a lighter and used them as crayons on a glass surface.

It seems incredible that an artist with no previous animation experience could master the medium so quickly. But as always there is a little secret. A former colleague in Moscow used to work with clay and while Sapegin never saw her work, he did see her puppets at home.  “We’d been making some toys for kids also and I sort of stole a lot of her aesthetic in a way.  But I also thought that if I will work with animation ever I will try to make it as close to live action as possible.  When you look at real people out in the street they are made out of different material which by definition is different from environment they live in, so I thought I will probably try to find environment which is contradictory to the physical substance of the characters.”