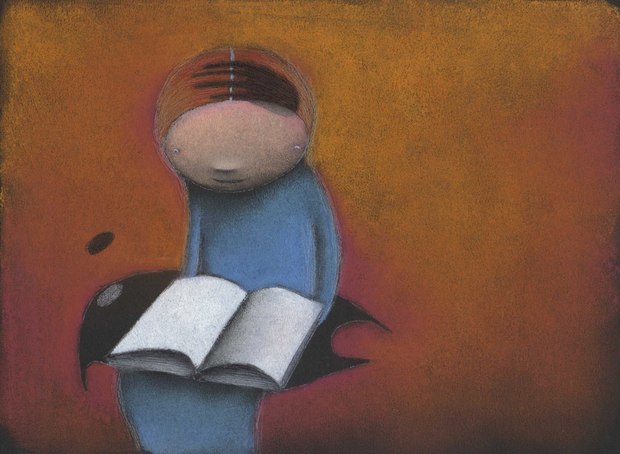 Hmm...I’ve been a bit slack with following the original intent of this column: to showcase films that are at least 10 years old. So, okay, time to get back on track. I was leafing through a 1998 Ottawa International Animation Festival catalogue looking for films that have slipped through the cracks over the years. The first that jumped out at me was La Sagra (Festival) by Roberto Catani. Catani has made a few films since (most recently Absent-Minded, 2013), but he’s not a name I’ve heard much of in the animation circuit.

La Sagra was, I believe, Catani’s second animation short. It’s a beautiful and brisk mindfuck  that takes us on a whirlwind dance with a parade of faces that could equally be a nifty representation of just how it feels when one is at a festival (animation or any other, for that matter), when this swirly blur of voices, bodies, faces sweeps past day and night. And of course, maybe the images are the memories of the man’s life, which is also a bit like a festival, just at a different speed. Is he riding a train and drifting through a myriad of remembrances weaved with images of the moment (existing both on the train and outside the train)? Maybe a combination of the two, a duet of past and present?

No matter. Just enjoy this swift sweet sway of stunning animation and images that will leave you pleasantly and perfectly bemused.