Keep it in Motion - Classic Animation Revisited: 'The Idiot S(t)inks' 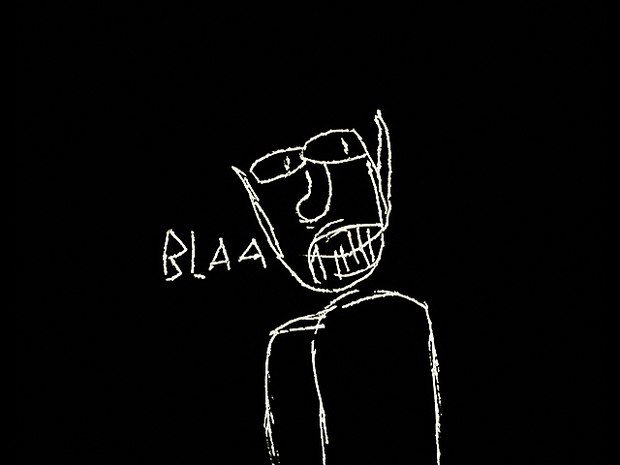 The way I see it, there are a few ways of seeing Helder K. Sun’s searing work of chaotic critique (or scathing parody or bundle of silliness if you prefer):

1a. Aliens have landed on an island and humanities attempt to communicate with them does not really go all that well.

1b. Natives on an island

Both have been removed, brought into society and systematically brain melted until they assimilate the linguistic numerical pedagogical systems of the cultural hijackers.

2. A profound manic howling maelstrom about how we are all twisted and molded into a specific system of learning and behaving. We are never truly allowed to be ourselves because they are removed from us the day we acquire language, habits and are placed into schools. Are we the willing prisoners of whatever system we are born into?

Either way, it stinks.... or is it sinks (in a nice touch on the idea of miscommunication, the opening credits announce the film as The Idiot Sinks)

Whatever the case, Sun  - who has since gone on to work, primarily as a director of photography, on The Little Prince, Adventure Time, Robot Chicken, and assorted music videos (Scott Walker, Cage the Elephant) and title sequences (The Lego Movie -) has crafted a tingling lightning blast about the fallouts of miscommunication.