Chris Robinson is feeling all patriotic this week as he takes a look at 'O Canada' by the vastly underappreciated NFB legend Evelyn Lambart. 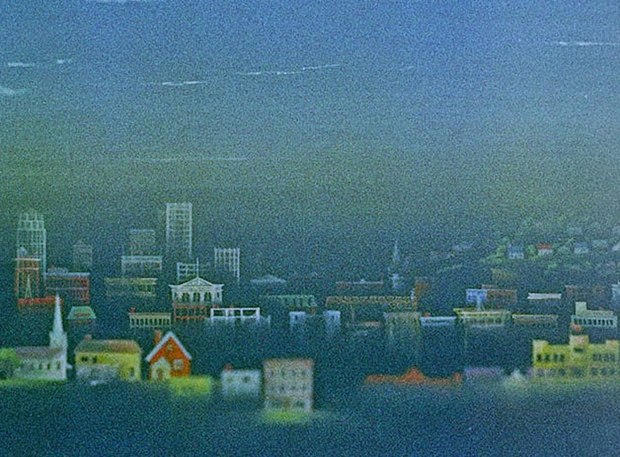 I’m feeling all wistful about Canada’s Capital, Ottawa, this week (What? You thought Toronto was the Capital? Well… don’t feel too bad because Torontonians think so too. We just politely smile and let them dream their dream). Anyway… this week and for the first time in my life I don’t have a permanent residence in my birth city and at the same time our football team astonished the country by winning the Grey Cup (Canada's professional football championship) for the first time in 40 years. Oh and just around the corner is the 150th anniversary of Canada and Ottawa.

So with this pinch of pointless egocentric nostalgia, I offer you, O Canada, a very short stereoscopic wonder from 1952 and made by…you guessed it… the Ottawa born animation legend, Evelyn Lambart (whose films and art will be a major focus at OIAF 17 next year).

Lambart – who was also hearing impaired - has never really received the wide spread acclaim she deserves. Her own films (did you now she made a film with the Yellow Submarine guy, George Dunning?) are rarely discussed and her enormous contributions to films (Begone Dull Care and about twelve others) she made with Norman McLaren have been downplayed or ignored to a degree.

I’m not sure what the context was for Lambart’s take on Canada’s national anthem. Since this was intended to be a stereoscopic film I imagined it was made for some international cultural event to promote Canada. Whatever’s the purpose, Lambart’s O Canada is a pretty spectacular, as though you’re flying low across the entire vastness and diversity of the country. We pass by mountains, prairies, farms, cities and see what a crazy, constantly shifting thing this place called Canada was and is.