Every Thursday, Chris Robinson takes a look at films from animation’s past. This week: Igor Kovalyov's under-appreciated classic, Andrei Svislotsky. 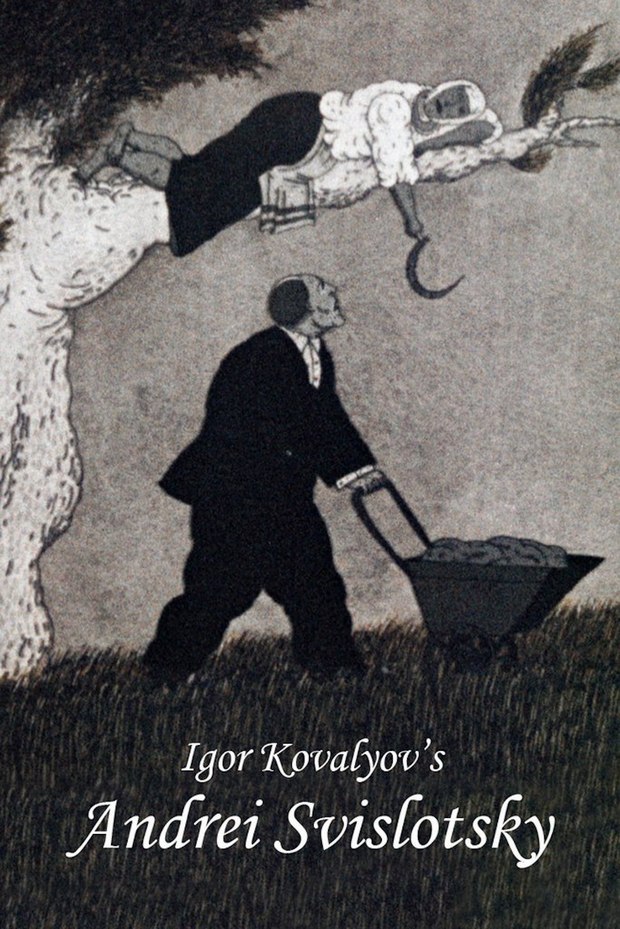 Igor Kovalyov’s films (Hen, His Wife, Flying Nansen, Bird in The Window, Milch, Before Love) have won oodles of acclaim, awards and respect. He’s undoubtedly one of the all-stars of animation. Yet, there’s one film that doesn’t seem to get the same level of love even though it might very well be his finest work: Andrei Svislotsky (1992).

Andrei Svislotsky (named after Kovalyov’s friend and colleague) provides a glimpse into the paranoid relationship between two men and, briefly, a woman.  We are not clear what the relationship is between these characters. One man appears to be the master of the other two characters.  Kovalyov presents the story through a series of fragmented and faded polaroids of human activity. The film is dominated by dirty, blurred, brown colours. The home is near a cliff and surrounded by trees, a crumbling wall, bars and an electric generator.  With echoes of film noir, Kovalyov provides momentary clues that suggest there is something lurking beneath the surface of their mundane actions. Even the end is left open. We know the man has jumped from a cliff. We assume that he has been betrayed. The quick shots of letters being written, read and hidden tell us as much. But does the man die? Was he escaping? Was he in fact a prisoner of this servant?  Nothing is clear. We are just granted a momentary glimpse into the lives of strangers.

Kovalyov didn’t even have a title for the film until the end. “My friend had an amazing idea. ‘You should create another character, but don’t show the character. He should serve as a witness to the story.’ I wanted the rhythm of a Polish name…ski…ski…Tarkovsky...or maybe it was my family’s Polish blood.”  Colleague Andrei Svislotski provided the missing link.

The witness throughout the film is in fact the boy Igor Kovalyov.  Andrei Svislotsky is set in Kovalyov’s summer home of Bucha. He would spend many summers there with his grandparents. The film is an ode to the sights and sounds of childhood. This is a mysterious adult world seen through the eyes of an uncomprehending child and an adult trying to collect and direct those memories. We observe people every day. Assumptions, thoughts, feelings, reactions appear and fade every minute. We assume relationships based on body language and gestures. Movements. It solidifies our own existence. We give them names to understand our own complexities. It gives us order, wholeness, temporary peace.

An Interview with Priit Pärn
‘Baymax!’ Provides an Rx for Humor and Compassion
How Digital Domain Brought Photoreal Characters to Life in ‘The Quarry’
SCAD GamingFest: Building Shared Story Experiences with Diverse Character Design
Mission Critical: ‘Lightyear’s Journey to Infinity and Beyond
Putting the Fun in Dysfunction: The Non-Humanistic Therapy of ‘HouseBroken’
‘The Freak Brothers’: This is Your Humor on Drugs
END_OF_DOCUMENT_TOKEN_TO_BE_REPLACED