Keep it in Motion - Classic Animation Revisited: 'The Adventures of Juku The Dog'

Every Thursday, Chris Robinson takes a look at films from animation’s past. Today: Estonia's first animation film (so far), The Adventures of Juku The Dog (1931). 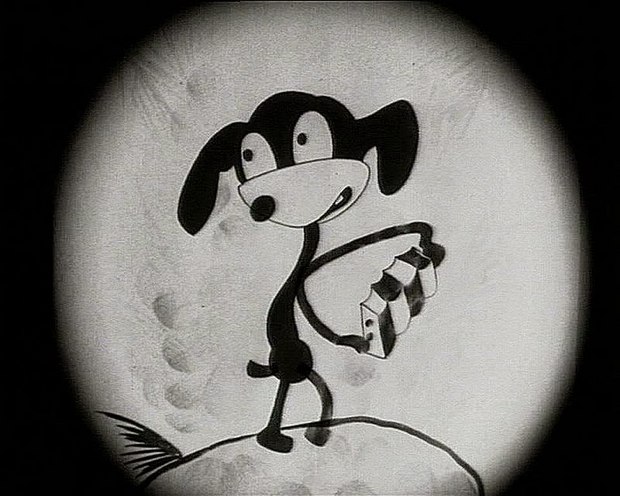 'The Adventures of Juku the Dog'

Until 1986, it was always thought that Elbert Tuganov’s Little Peter’s Dream (1957) was Estonia’s first animation film. However, a roll of film was found in what was then the State Central Archives of the History of the Estonian Soviet Socialist Republic. The piece of film was discovered, oddly enough, in the section dedicated to the Estonian Temperance Society and turned out to be a cut-out animation film entitled The Adventures of Juku the Dog, whose main character is a puppy with long, floppy ears. The silent piece is awkward and sloppy in places, but an overall adequate emulation of 1930s-era American animation.

Juku appears to have been an attempt to create an Estonian national icon of the likes of Mickey Mouse. The making of Juku was also meant to jumpstart Estonia’s entrance into animation. As Nool, the society paper, noted in an article dated May 1st, 1931, “This film is an endeavour to enter into the field where only big film countries, such as Germany and the United States have worked. Despite technical difficulties we tried to do our best to win the hearts of all Estonian film-lovers.”

Juku was the creation of at least three men: Voldermar Pats (photography), Elmar Janimagi (drawings), and Alexander Teppor. Teppor, a noted portrait photographer, was among those trying to establish an Estonian film industry in the early 1920s. Teppor often photographed on-set goings-on during filming and his photo studio served as a meeting place for film people. Pats, the nephew of Estonian President Konstantin Pats, had already served as the cinematographer on many feature films during the 1920s and Janimagi was a noted caricaturist (referred to as Jani in the film’s credits). For Janimagi this was the first and last animation film to which he would contribute. He was murdered in 1932.

Artistically, it is nothing to blink at and there is almost nothing about the film that suggests any connection with later Estonian animations. In fact, if anything, Juku is a typically Western product owing more to Walt Disney than to any Estonian roots.

In the 1930s, Tallinn was a modern, European-like city with access not only to all sorts of international art and thought, but with entrepreneurial awareness as well.  Juku was to be the goldmine that made Pats, Janimagi, and Teppor famous, putting Estonia on the cultural map alongside Walt Disney. It didn’t quite work out that way, which ain’t necessarily a bad thing.