Jonah Scott and the Expressive Multi-Layered CG Animation of ‘Beastars’

For the voice acting star of Netflix’s new anime series, the show’s nuanced use of 3D/CG is as big a story as the mature themes of sexuality and mental health. 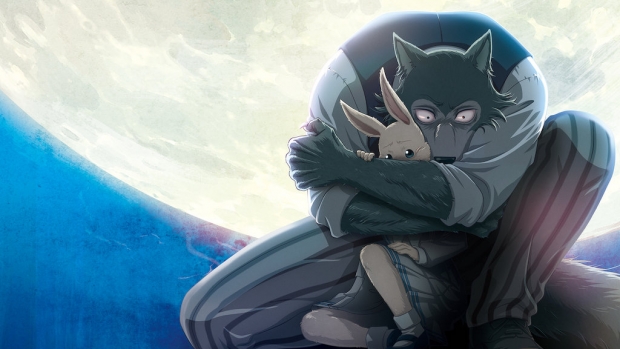 Netflix’s recently released anime series, Beastars, has received considerable attention from viewers, both anime fans and otherwise, who are either intrigued by the show’s gritty, Zootopia-like vibe, or adamantly opposed to the series due to the highly mature themes of sexuality and self-loathing, tackled through anthropomorphic animals.

The show’s leading English voice actor, Jonah Scott, says the show “definitely isn’t your mom’s anime” but should still be given a chance, especially by teens and adults who, like Scott, have struggled (or are struggling) with mental health.

“I definitely think Beastars is going to be up there as one of the top 10 influential anime of this decade,” says Scott, also the voice of Formaggio in JoJo's Bizarre Adventure and Lihitoin Kengan Ashura. “Legoshi and I have a lot in common; he struggles with depression and anxiety, and up until two years ago, I really didn’t like myself. I was existential and didn’t know if I could do this for a living, and then last year, my mother died. But, in January of this year, I was starting to realize that maybe life’s going to be ok, and that’s when I got the audition for Legoshi and I was like, ‘Ok, that’s no coincidence.’”

Beastars tells the story of a chronically depressed 17-year-old wolf, Legoshi (Scott), grappling with his herbivore best friend recently being eaten by an unknown carnivore student, while also “falling in love” with a rabbit Legoshi instinctively wants to kill and devour. The anime is based on the manga written by Paru Itagaki in 2016 and, on top of covering themes of depression, intimacy, addiction, racism, and human trafficking, is also turning heads with its animation.

“Studio Orange has taken incredible care into each frame and shot, and it does a lot for us as viewers and actors,” says Scott. “Legoshi’s facial expressions were actually inspired by the original Japanese actor’s performance, like where his eyes would go and how his lips would pucker. When CGI is done right, and there are a few not done right, you really get the nuances there and that’s why people are saying this is unlike any other anime they’ve ever seen before.”

Instead of working in 2D like most other anime, Beastars animators jumped at the chance to experiment with 3D/CG animation. Scott says it has done the show a world of creative service and that Beastars wouldn’t be the same series without it. “How many times do you see an anime character raise their eyebrows?” Scott asks. “Never, unless they’re specifically and obviously attempting it. You see open mouths and closed mouths and that’s about it. Noses moving? There is barely such thing as a nose in anime. But, in a CGI show, there is an entire palette of micro-expressions you can draw from.” “Humans don’t have good poker faces,” Scott adds. “We show exactly what we’re thinking on our faces at all times. With this show, it’s not just about what the character is saying, it’s a lot of what they’re doing.”

From darting eyes, wagging tails and twitching muscles, the animal characters display a vast array of movements that are as fluid and casual as them walking down the hallway of their Cherryton High School. But these animations are also Easter-eggs that reveal a lot about the characters, such as how Legoshi’s tail only wags when Haru, the rabbit, is around.

There is also plenty of CG animation that makes already intense scenes even more “raw, crazy and feral,” according to Scott, such as when Legoshi is being overcome with his animal instincts for Haru’s rabbit blood, and fluorescent electrical sensory waves are paralyzing Legoshi’s body, turning him into a monster.

“You get actual animated hair standing on end,” he notes. “It’s not just a piece you put on a screen, there are individual hairs and you can see how the blood smell affects his muscles cause they’re twitching like crazy. It’s hard to 2D animate a twitching muscle, and even using twice as many frames, it still doesn't look as good. But the animators really nailed that home in this show.”

Beastars’ animation is unique in more than just its detailed character mannerisms and 360-degree fight scenes. There are also entire color palette changes, such as when Legoshi and his carnivore friends accidentally stumble upon The Black Market, where illegal herbivore meat and drugs are sold. There are times where dark shadow versions of the characters and 70s-style swirly backgrounds are used to illustrate animal instinct, confusion, and fear simultaneously during normal dialogue.

But there are also moments when the animation changes entirely from CG, to stop-motion, to what Scott describes as “Grimms’ Fairy Tale pop-up book” animation, as the show dives into the thoughtful and sickening backstories of some of the story’s key players.

“It’s cool, it’s dark, it’s dystopian,” Scott says. “I think it not only shows how much these animators care about their art, but how much they want us to care about this show. It’s how you know they want you to pay attention because they changed art styles.” Still, the most memorable scene for Scott in Beastars has little to do with ground-breaking animation techniques; it includes small, almost unnoticeable changes in the characters that, if a viewer catches, makes the moment even more rewarding.

“I didn’t notice this until the second or third time I watched the show, but Legoshi begins to stand up straighter as the story goes on and at the end, where he’s standing next to Haru, he is standing up straight,” Scott explains. “He’s not hunched over anymore and that’s just one of the many examples of the intense attention to detail the animators have paid to this show. I wanted to give back to that as much as I could during my performance. The last 90 seconds of the show, I believe, is one of the best performances I will ever give.”

Scott says voicing for Legoshi has taught him to stand a little taller as well. “I’ve learned to speak my mind more and become a judicator of my own emotions,” says Scott. “Legoshi struggles a lot with whether or not to let out his wild side and succumb to his instincts. As someone who has struggled with bad depression in the past, figuring out how you let people know how you’re feeling is 50 percent of the disease. It’s about learning how to ask for help and not feeling bad about asking for help.” Scott adds, “There’s some episodes in this show that are a bravery test. But if you can get past some of these things that make you uncomfortable, it’s great and people will see how fantastic and down to earth this show is.”

While there are over 160 chapters in the Beastars manga, the anime’s first season only covers chapters 1-48. The show is now being animated for a second season by Studio Orange, confirmed to release in 2021.