There’s nothing like it – immersed in the dark theater, engrossed in OIAF competition films, popcorn greasy fingers tapping out notes in the dark. 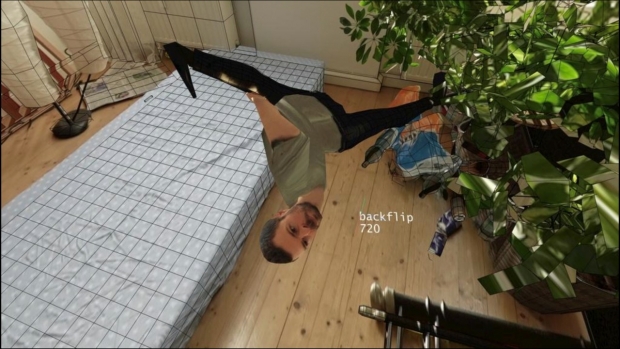 Fast notes from the competition screenings at the recent OIAF 2022 (September 21-25):

Competition 1, what am I looking at here? Tight story telling; gone. Continuity of style; gone. Lots of dissociated elements; very present. Stated simply, this first set of selections is a fusion smorgasbord.

All except for one film, Wendy Tilby and Amanda Forbis’ The Flying Sailor. Here we see classic short animation values masterfully presented. And after the anxiety packed first shorts, it’s almost refreshing. Almost, because even though I’m drawn in by their disciplined skill and control of the elements, I oddly find myself longing for the bat shit crazy that marks the other films, that marks these first decades of the 21st century. Those wild shorts speak to me because when I leave the darkened theater, I step into the same angst-ridden world they’re portraying. It’s not about the story anymore, in fact I’m not engaged by frantic storytelling and never was, but I am riveted by the feelings these short films express. The Flying Sailor took home the Canadian Film Institute (CFI) Award for Best Canadian Animation.

The Flying Sailor (Trailer) from NFB/marketing on Vimeo.

Again, the same with Competition 2. Animal Collective We Go Back is an intense film composed of tightly edited sequences loaded with pull-focus and rapid-fire pans. What was it about? I barely remember and it doesn’t matter. The high energy, expressive pacing, and compelling, surrealistic imagery were mesmerizing. It used to be that festivals categorized films as narrative and non-narrative. How do we label these new films? So we know which award to give them? Because otherwise who cares.

Animal Collective - We Go Back from Winston Hacking on Vimeo.

Competition 3 includes two films whose stories are so layered with meaning that I’m still struggling to figure out what they’re about. Tal Kantor’s masterful Letter to a Pig digs deep into holocaust memory and notions of vengeance and compassion. The fragmentary nature of her mixed media visuals not only supports the rich, complex theme but augments it. Zoon is a student animation by Jonatan Schwenk. Gorging on lust and raw appetite, it’s peppered here and there with humour. Both films are worthy of deeper interpretation so stay tuned to this blog. Kantor’s film named the festival’s Best Narrative winner.

Trailer_Letter to a Pig from Tal Kantor on Vimeo.

Bird in the Peninsula by Atsushi Wada, Competition 4, is also line drawn. To paraphrase Wada, the film is asking what ritual is, and what it means to grow up. Purportedly about a bird, the film actually focuses on boy’s (and a young girl’s) evolving sexuality. Unfortunately, the young girl’s experience is too narrowly developed to be satisfying and I wonder if she was even necessary to the storyline. Overall, though, it’s a touching film that meets the filmmaker’s intent. Wada’s film took home the festival’s Grand Prize for Short Animation.

Save the best for last, last? Competition 5 closed with backflip by Nikita Diakur. My vote for most enthusiastic short this year, the film centers on the animator trying to program his avatar to do a backflip using AI. Tightly produced, its witty slapstick is made even more hilarious by the artist’s dead pan commentary. The mayhem that ensues is an apt metaphor for our times. And the filmmaker’s closing words are worth repeating: “It’s not always the mind that keeps you from reaching your goals. We are capable of so much more than we expect from ourselves. We just need to practice, practice, practice.” Inventive, humorous, and meaningful, backflip is a must see; the film won OIAF’s Craft Award for Best Design.