I Have a Question Yiorgos Tsangaris

In which Chris Robinson asks animators profound and inane questions that have little to do with animation. This week's guest is the director of Animafest Cyprus, Yiorgos Tsangaris 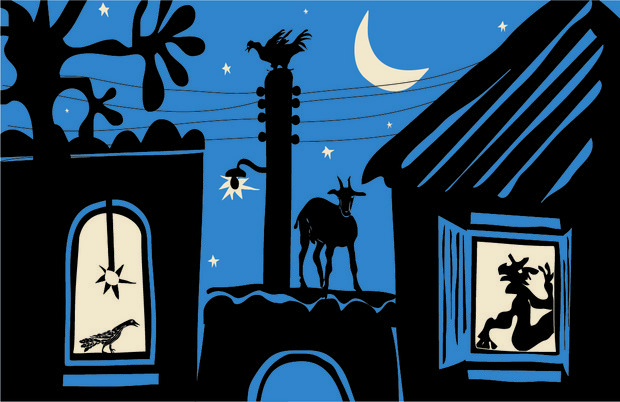 variation of an early Animafest Cyprus poster by Yiorgos Tsangaris

Today we offer another in the series of questions for artistic directors from various international animation festivals. Today’s guest is Yiorgos Tsangaris, a graphic artist, film curator, animation lecturer and founder of the Countryside Animafest Cyprus – Views of the World, the official animation festival of Cyprus. Yiorgos agreed to meet me in the Mediterranean Sea near Limassol at 2am in early July.

When I am among friends with whom I share common dreams and Ideas and when I work creatively in my studio.

When dreams and ideas come to life. In recent years I met wonderful people in the international animation community. The Independent animation community gives me hope, considering our fragile democratic system where culture and human values are at stake. It’s a small community but with a strong voice!

I would like an invisible name. A silent one so that I could act with no interference. Maybe an everyday simple name.

I wish I could be a surfer… Or a dancer…But because I know probably it will never happen I try to go running and walking.

I admire the spirit of Don Quixote, the protest of Vladimir Mayakovsky and Nikolai Gogol the energy of Cassius Clay, the humour of Jaques Tati, The simplicity of everyday people, Diego Rivera for his revolutionary murals, the sensitivities of Marc Chagall, Matisse and the Japanese printmakers. The poetic atmosphere of Yuri Norstein and Georges Schwizgebel’s films, Cypriot poet Vassilis Michailedes and Greek painter Fotis Kontoglou for their native spirit.

I can’t choose one but I’ll try to narrow them down to a few…. Bob Marley’s ‘Burnin and Lootin’, Leonard Cohen’s “Famous Blue Raincoat”, The Cheburashka song is a journey to my childhood, Anouar Brahim’s solos, “The Enemies Entered The City” (lyrics by Yiorgos Skourtis sang by Nikos Ksilouris), “My Funny Valentine” by Miles Davis, Tchaikovsky’s “June “ (from the series The Seasons,) Eleni Karaindrou: “Eternity and a Day”, “Theme of the Uprooting” and “Ulysses’s Gaze”, Nicos Papazoglou’s “August” and Dionisis Savopoullos “Acharnians-Parabasis”.

My son Haralambos! He gets funnier every day!

Tags
Interview
Humour
Cyprus
Animafest Cyprus
Animation Festivals
More From ANIMATIONWorld:
Next Post
Keep it in Motion - Classic Animation Revisited: 'Tale about the Cat and the Moon'Previous Post
Pictures from the Brainbox: A Weekly Dose of Indie Animation - 'Life with Herman H. Rott'
Related Content
I Have a Question Daniel Šuljić
I Have a Question Karin Vandenrydt
I Have A Question Koji Yamamura