I Have a Question Torill Kove

In which Chris Robinson asks animators profound and inane questions that have little to do with animation. This week's guest is the winner of numerous shiny awards, Torill Kove. 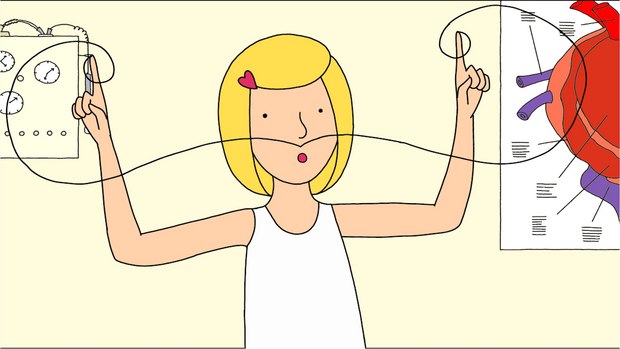 'Me and My Moulton' by Torill Kove

So get this you lovers of shiny trophies, Norwegian-born/Canadian squatting animator, Torill Kove has made three animation films (My Grandmother Ironed the King Shirts, The Danish Poet and Me and My Moulton). All three have been nominated for a glorious Academy Award. One, The Danish Poet, successfully seduced the golden boy. That’s a pretty damn good track record. And speaking of tracks, the Norwegian wonder agreed to meet me only if we biked to Ottawa and chewed taffy by the abandoned industrial railroad tracks on a Thursday afternoon in mid-June. So we did.

My daughter’s face when she tells me a story.

This seems like a good time to tell you that I was a serious runner, for a long time, until not that long ago. Well, actually, until about 15 years ago. How time flies.

I idolized Patti Smith in the seventies, my teen-age years. I had a powerful feeling that I wanted to be her but at the same time I was very aware that I could never try to be like her. I drifted away from Patti Smith as I got older, but then “Just Kids” came out and everything that I had loved about her came back to me. I think other people I idolize, both men and women, are just different versions of her. I’m glad you didn’t ask me “why”, because I don’t think I could explain it.

So, Chris, this question is why it has taken me so long to write these answers. I just can’t think of anything. Funny things don’t seem to happen to me. Is that a valid answer? Do I perhaps get funny things mixed up with embarrassing things? And if so, why? Stories I have tried here include the time I went looking for a can of “elbow grease” at Canadian Tire. That was embarrassing. And my husband making phallic napkin origami and pretending to steal cutlery and salt shakers in restaurants. That’s hilarious, though I don’t think it fits in the “funny things that happened to me” category. But then again, I’m not exactly sure what kinds of funny things do fit. If, sometime in the future, something that’s clearly just funny should happen to me, you will be the first to know.