I Have a Question Tom Warburton 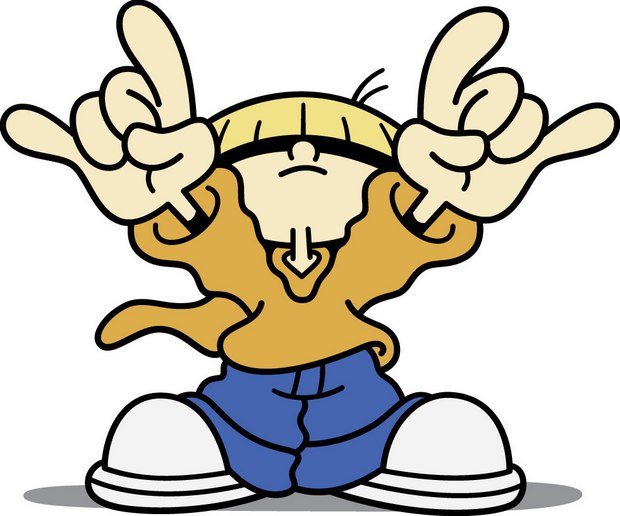 Tom (aka. Mr.) Warburton is an American animator, producer, writer and designer. He is best known for creating the animated television series Codename: Kids Next Door. He also created the animated short Kenny and the Chimp. Prior to that he served as production designer on the first season of Beavis and Butt-Head and was the lead character designer for the animated series Pepper Ann. He is also the author of the book A Thousand Times No. Since 2009, he has worked at Disney Television Animation serving as creative director on Fish Hooks and co-executive producer on The 7D. He is currently executive producer on the reboot of Muppet Babies for Disney Jr.

Mr. Warburton agreed to meet me on a cloudy May 19th near Shepherd’s Bush in 1945. Headphones were mandatory. He would not explain why, nor did I ask why. That would be rude. It seems. I get antsy and irritable if I don’t get to flush ideas from my system. That’s why I keep

sketchbooks to dump ideas and inspiration into: When writing or drawing, I often put my head down and bulldoze forward without reeeeeally stepping back and taking a look at where I’m at until the VERY end. BUT… it’s kind of how I work best; by getting a first draft down quickly and seeing the myriad problems as a whole.

The book I value above all others is:

My copy of S.J. Perelman’s Westward Ha signed by illustrator Al Hirschfeld.  I sent him a letter asking if he would sign it and got this in the mail: I didn’t even care he spelled my name wrong on the envelope.

Needless to say I took the “in person” option: And I haven’t even been drinking. Mo and I grew up in the NYC animation community working on each other’s shows, engaging in spirited debates regarding commercial, independent animation and what to put on French fries.

While head writing on Codename: Kids Next Door, Mo created a stupidly impossible plan to escape me by becoming a sooper triple famous children’s books writer.  Weirdly, it actually happened, and I got a front row seat to watch Mo become “the modern day Dr. Suess.” And although he made it look easy… it wasn’t. His success came from an impossibly strong work ethic, boundless creativity and a firm desire to get away from me.  Solid traits everyone should have.

And while success has mellowed Mo over the years, he hasn’t allowed it to stop him from always seeking new exciting outlets for his creativity.

No one makes me laugh harder than Mo, be it with him, or at him.

I respect Mo a lot.

Just don’t tell him I said it.

The song that makes me tingle is....Quadrophenia by The Who 'Quadrophenia' by The Who

I’m fully aware that it’s an album and not a song.

(although it IS a song on the album)

But I’ve always heard Quadrophenia as a whole;

A lush, angsty, confused and sublime portrait of the frustrations of growing up.

And its sound is infused within everything I’ve ever worked on.

Well, it started out as a gut-wrenchingly horrible event that made me almost burst into tears anytime I watched The Simpsons. But it eventually turned into a funny story I could confidently tell.

The short story is that while I was in college I took a layout test to work on the Simpsons even though I had had never worked in the industry and had no idea what layout entailed.

And then, a couple years into my animation career, I visited Film Roman to see a friend.  He gave me a model pack and whilst paging through it, I found one of my drawings of Bart Simpson playing a videogame: I politely excused myself and ran to my car to hyperventilate. And I didn’t tell anyone about it. Ever. Not even my wife.

Many, many years later…

I had a sooper triple big hit show on Cartoon Network…

And then one day I found myself sitting next to Matt Groening at an awards ceremony.

So I leaned over and said, “Wanna hear a funny story?”

You can read the full story over here to see what he said.

Tags
Interview
Humour
Tom Warburton
Beavis and Butt-Head
Codename: Kids Next Door
1000 Times No
The 7D
More From ANIMATIONWorld:
Next Post
‘The Big Bad Fox and Other Tales’ Gives a Light-hearted Take on Life on the FarmPrevious Post
An Ode to Dreams: Glen Keane’s ‘Dear Basketball’
Related Content
I Have a Question Ann Marie Fleming
The Animation Pimpcast #7: One on One with Tom Warburton
I Have a Question Michael Dudok de wit
I Have a Question Marta Pajek