I Have a Question Steven Subotnick

In which Chris Robinson asks animators profound and inane questions that have little to do with animation. This week's guest is American indie animator and teacher, Steven Subotnick. 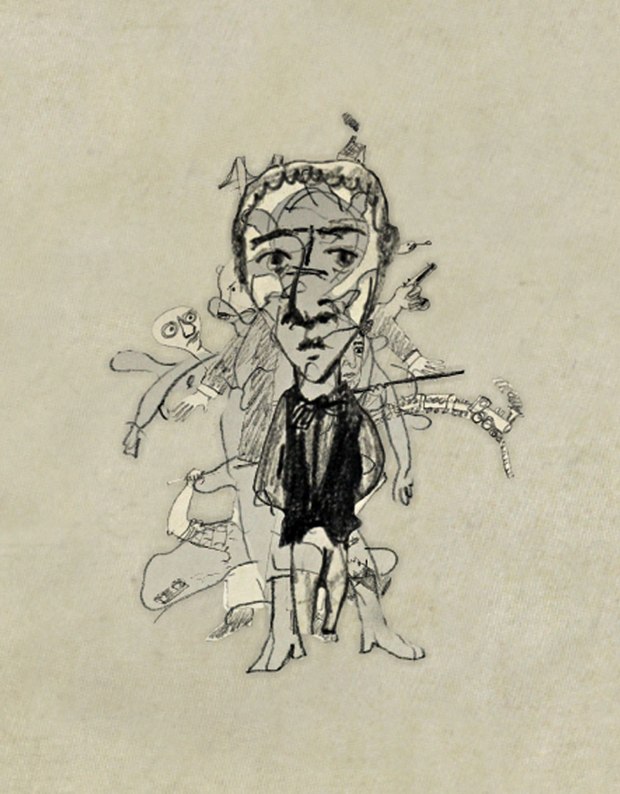 This highly respected animator (Hairyman, 1998, Boy, 2011, Fight, 2012, Pig, 2015) and teacher (including stints at RISD and Harvard Steven Subotnick has been making films for over 20 years. Steven to meet me on adjoining treadmills specially moved to the Blackstone terrace the splendid Hotel Providence on a snowy February evening.

I love being in nature; the less it has been touched by human hands, the more it restores me.  And I love working in my studio.  There, I am happiest when I am completely absorbed in making an image.  I also love cooking, especially for my kids or for company.  It can be as engaging as making art, and then we get to eat it.

I don’t play a sport, but I like to run long distances.  It is meditative, cleansing, and exhausting, and it always feels like an accomplishment afterward.  I also like to do do yoga, because it is both physical and mental exercise.  I also cycle and lift weights.  I’ve been curious about martial arts, but I have never tried any.

One of my heroes is Abraham Lincoln - an intelligent, pragmatic, humane, and thoughtful man who grappled with almost unsurmountable political and social problems (and he even wrote poetry).

Another is Rabbi Nachman of Breslov, a Hasidic master whose teachings reveal a deep understanding of human psychology, and the role of suffering in the search for joy.  He once said, “There is Truth, the truth of the Truth and there is Peace. The Truth is 'the boy stole an apple', the truth of the Truth is 'the boy was hungry' and Peace is 'nobody stole anything, now, give the boy an apple!”

I admire Berthold Bartosch for his almost spiritual dedication to the art of animation.

And I admire Chuck, the man at the front desk at the gym where I work out.  He welcomes everyone with warmth and enthusiasm, every day - no matter what.  He brings love and energy to his job.

One piece of music that I can listen to over and over again is, “Les Barricades Mysterieuses” by Francois Couperin (especially the piano version); another is Mozart’s “Clarinet Concerto in A Major”, K.622.  Songs that I love include, “Freight Train” by Elizabeth Cotten, “Shady Grove” sung by Doc Watson, Leonard Cohen’s original version of “Hallelujah”, and “Dock of the Bay” by Otis Redding.

Actually, I taught English in Japan for a year just after I finished undergraduate school.  I had been promised a two-week training period before beginning teaching.  But the morning after I arrived, my boss pulled me out of bed at 6:30AM, put me in the car without telling me where we were going, and dropped me off at a Japanese Air Force base.  I walked into a very large room with about sixty cadets all standing at attention.  My boss just said, “I’ll be back in two hours”.  I conducted my own two-week training program in those two hours.