I Have a Question Steve Angel 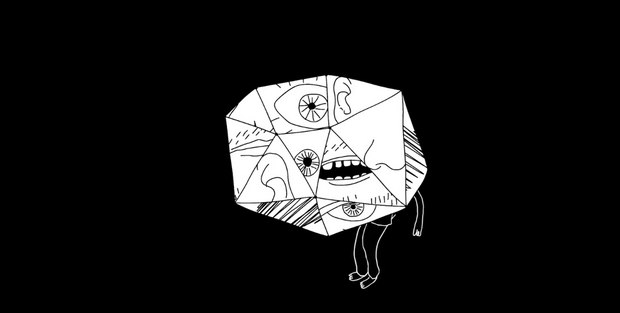 Steve developed an early interest in animation while doodling and smushing clay under a Super-8 camera at a kids’ animation class taught by NFB Academy Award winners Eugene Federenko and Rose Newlove. It remained a hobby until he discovered that being a doctor required dealing with sick people.

After earning degrees at McGill University, Nova Scotia College of Art and Design and Parson’s in Manhattan, Steve worked as an illustrator and an art director in Toronto. Next came a three-year teeth-cutting stint at Cuppa Coffee as an animator and principle director. It was there that he met Julian Grey. They joined forces to co-found Head Gear Animation in 1997.

Steve has since directed numerous national campaigns in the U.S. and Canada and has worked in Japan, India and the U.K. Steve has won dozens of top awards at competitions and festivals around the world and has had work inducted into the permanent collection of the Museum of Modern Art in New York.

Steve agreed to meet me in Eugene Federenko's living room in Toronto where we played chase on a multi-plane camera without Eugene or Rose's knowledge. Charges were later dropped. It was a Monday morning. The weather was fresh.

I get the greatest pleasure from being mistaken for Henry Winkler. The name of my autobiography would be Steve Angel: Enough Already! My most beloved possession is an HB Staedtler pencil The song that makes me tingle is The Sea and Cake’s version of David Bowie’s “Sound and Vision.”

The funniest thing that happened to me was being splashed in the face with toilet water in a public bathroom while shaking a turd out of my kid’s underwear. Not funny for me though.