I Have a Question Rao Heidmets

In which Chris Robinson asks animators profound and inane questions that have little to do with animation. Today's guest is Estonian animator, Rao Heidmets. 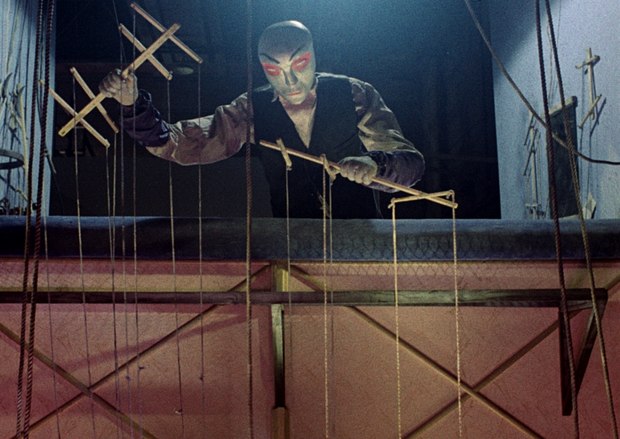 Rao Heidmets is an Estonian animator and artist known for his imaginative stop-motion and mixed-media animation films (e.g. Inherent Obligations, Noblesse Oblige, Papa Carlo Theatre). Rao agreed to meet me next week at the Animateka Festival during a retrospective screening of his films. His lawyer insisted that prior to entering the cinema I was to remove my shoes whilst screaming RAO RAO RAO!, empty my pockets, shave my head and bring six specially prepared Slovenian hot toddies in recyclable grocery bags.

The trait I like least about myself  is restlessness - if the process takes too long I always start craving to try something new.

One Hundred Years of Solitude by Gabriel García Márquez.

A (non-family member) person I have high respect for is Charlie Chaplin because he was a genius. I watch his films over and over again and just can’t believe how many brilliantly simple ways he found to make viewers enjoy his movies.

The song that makes me tingle is....  “Run Runaway” by Slade, for example. This is just a one of those catchy beats of 70s. When living in the Soviet Union, the only possibility of listening to Western music for me was Radio Luxemburg. But you never could hear the whole song as Soviets were jamming the broadcast all the time. So it took years before I found out who were the favourite singers and bands of my youth.

The funniest thing that happened to me….  was the day I got a new haircut. I had planned to cut all my hair off and go bald for a long time, but it took years for me to be brave enough. Until one warm spring day when I asked my daughter to finally cut my hair. The feeling was quite strange, but I felt proud of myself. On that same day shortly after that, I had to go to supermarket. The weather was nice, and I enjoyed feeling the light breeze on my bald head. On the way back with heavy bags full of products, I heard someone screaming aloud. The street was full of people and I couldn’t see who it was. The noise grew louder and suddenly someone grabbed my hand and shouted “GIVE ME MY WALLET BACK!” I was deeply astonished and didn’t know how to react. So, I watched with great surprise as this man snooped through my bags apparently hoping to find his wallet between my groceries. Then he asked me to show him the contents of my pockets. Still not finding what he was looking for, he left, confused and sobbing. The people on street had stopped to enjoy the spectacle. And I was the only bald one on the street. And seemingly the only one you could suspect of being a thief.

How ‘Luck’ Applies a ‘Less is More’ Approach to Comedy
Z is for Zagreb: The Animafest Zagreb Exhbition 1972-2022
Dude! - ‘Rise of the Teenage Mutant Ninja Turtles: The Movie’ Arrives
‘Super Giant Robot Brothers’: A Milestone in Virtual Animation Production
‘Luck’ Aims to Bring Hope to Kids In and Out of Foster Care
Pre, Tech, and Post: The Many ‘Vizings’ of ‘Chip ‘n Dale: Rescue Rangers’
Hammering Out the VFX in ‘Thor: Love and Thunder’
END_OF_DOCUMENT_TOKEN_TO_BE_REPLACED