I Have a Question Piotr Sapegin

Each week Chris Robinson asks animators profoundly inane questions that have absolutely nothing to do with animation. Today's guest is the Norwegian stop-motion master, Piotr Sapegin ("One Day a Man Bought a House", "Mons the Cat"). 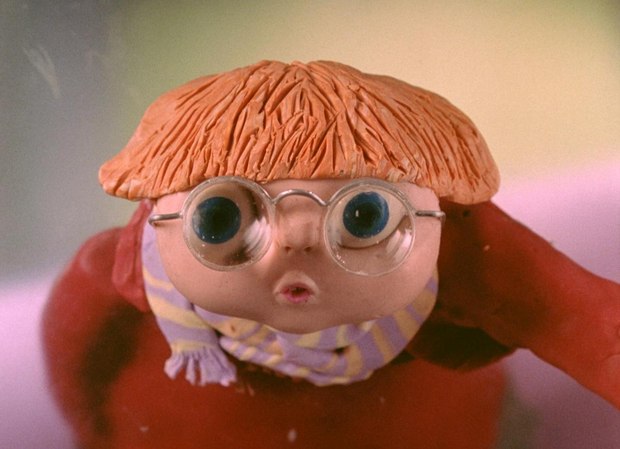 'Through my Think Glasses' by Pjotr Sapegin

Sapegin agreed to meet me in the year 2000 in a parking lot across from the Old Mission Brewery in Montreal. I was to dress modestly and bring six plastic bottles. No further instructions were given.

I get the greatest pleasure from… from sex, food and playing with weapons! Ok, I said it.

The trait I like least about myself is myself’s mortality. Me and myself lived together for a long time and learned to tolerate each other’s traits, but this one is just too annoying.

The book I value above others is The Discovery and Conquest of Mexico by Bernal Diaz del Castillo. I read a few lines every night until it puts me to sleep. Hernando Cortez is just about to be dragged away by a bunch of Tlaxcalans. The scene freezes as I pass out and all next day I think - how are they doing out there? And i am happy to find them all in the same position in the evening. A person outside the family I should have the highest respect for, my Mother advised,  must be my boss’s wife. I never worked for another man, therefore my boss’s wife, technically speaking, is Sonja the Queen of Norway. Your Majesty, respect!

The song that makes me tingle is Bob Dylan's song, called I think “Forgetful fart”. No, Forgetful Hart, sorry. It is difficult to get all the words right.

Tags
Interview
Humour
Piotr Sapegin
Norwegian Animation
Clay Animation
More From ANIMATIONWorld:
Next Post
A Little Book with a Big Message: Carlos Saldanha Talks ‘Ferdinand’Previous Post
Passing Us By: Clyde Petersen Talks ‘Torrey Pines’
Related Content
There Once Was A Man Called Pjotr Sapegin
Keep it in Motion - Classic Animation Revisited: 'Mons the Cat'
I Have a Question John Canemaker
I Have A Question Chris Landreth