I Have a Question Philip Hunt

In which Chris Robinson asks animators profound and inane questions that have little to do with animation. This week's guest is the British gentleman, Philip Hunt. 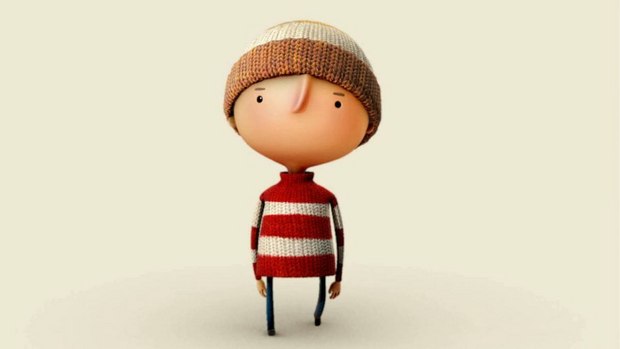 Philip Hunt is part of STUDIO AKA, a multi-BAFTA winning and Oscar/Emmy nominated independent animation studio and production company based in London, but most of us know him for his splendid adaptation of Oliver Jeffers’ Lost and Found (2008) and his unforgettable and mind-twirling William S. Burroughs adaptation, Ah Pook is Here (1994). He nervously agreed to meet with us at a shooting range in Lawrence, Kansas to answer a few piercing inquiries between rounds.

Whilst I need time spent with those I love, sometimes I crave my solitude. That dichotomy sums me up entirely.

I need to lose myself on a regular basis in a book, movie, music, gallery or performance, or else I start getting a bit … difficult. Mostly it’s music that does it for me. I can only create when I know what it sounds like. Where music and performance meet does it most of all and live Last year it an exhibition by Ragnar Kjartansson , a performance of The Encounter by Complicite, the astonishing smoke and mirrors of Charleroi Danses’ Kiss and Cry, plus stand out performances by both Bjork and the Aurora Orchestra and Ólafur Arnalds. Once inspired, I like making stuff, be it design, construction, models, toast ... anything.

Sport is something I have a wary relationship with. It’s a childhood-in-glasses thing. I could run fast as a child, mostly because if I got caught I would get beaten up, so that’s very motivating. In middle age, I’ve discovered that if I remove my contact lenses I basically have super human macro vision and I can work at an Olympian level of intricacy. Call me if you need a splinter removing, a necklace untangling or a microfiche transcribing. That said, I am being reintroduced to football, basketball, tennis, skateboarding, juggling and even tight rope walking … but all at arm’s length via my 11-year-old who puts me to shame.

I wouldn’t submit anyone to idolatry but my admiration net has a wide cast. Within the realm of animation, I’d namecheck lasting appreciation for Michael Dudok de Wit, The Quay Brothers, Joanna Quinn, Jiří Tinka and Ray Harryhuassen - who I once met in a lift in Annecy and had a misunderstanding with about King Kong. I’m a lasting fan of Simon McBurney, the Co-Founder and artistic director of Complicite, to the extent that I own one of the Chairs from Complicite’s 1997 production of the same name, (incidentally designed by The Quays).

The songs that makes me tingle are....

All Of The Earth - Jessica Curry

Wild Is the Wind – Nina Simone

Sorry Seems To Be The Hardest word - Jimmy Scott.

The funniest thing that happened to me…

You mean embarrassing, don’t you? I am still haunted by a teenage memory wherein I learnt to do ‘The Hustle’ so I could impress a girl at a ‘Young farmers’ disco on what I thought was a date. My fervent gyrations did get a lot of attention but only later did I realize that she was not laughing ‘with’ me, and I was not on a date after all. Later as a naive young man new to the London lights, I was advised by an erudite housemate that I should impress a (shy) blind date with a sophisticated French movie. We sat through the very graphic first ten mins of ‘Betty Blue’, wherein we both turned bright red and she never spoke to me again. Things finally took a turn in my mid-30’s when, whilst trying hard to impress a new girlfriend on a boat trip off the Italian coast, we were stranded in rough seas for some hours. Despite a youth spent messing about in boats, I was struck down with the worst seasickness you can imagine and I spent the duration hurling my insides up at every lurch & heave. To her credit, she pretended not to notice and married me. Patience rewards those who persevere.