I Have a Question Peter Millard

In which Chris Robinson asks animators profound and inane questions that have little to do with animation. This week's guest is National History Museum tour coordinator, Peter Millard. 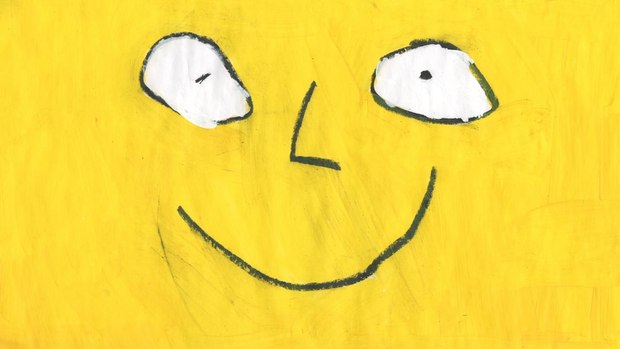 Peter ‘Bugsy’ Millard hails from Allport, New Mexico where he manages a time travel barn/history museum. In his spare time he makes really bright coloured cartoons about himself, hulk Hogan and the demon people who drift in and out of his mind. They agreed to talk with me outside the loo of the time travel barn at 9am on a Thursday morning.

waking up everyday and thinking I've survived one more.

its actually not my real name, i added my step dads last name to my name last year so my full proper name is Peter Millard-Allport.  I've been called all sorts growing up especially at school “greenhard” “wellhard millard” “milton” “confused millard” “space man”, i also like the name ted and rupert. so any of the above.

football (soccer). i would love to be the England goalkeeper back in euro 96 (the european championships which were held in England) and have an amazing game in the final where i kept England in the game and then save the last penalty.

A (non-family member) person I idolize is…….

karel appel. absolutely amazing painter back in the day.  but this list could be massive, andy kaufman, daniel johnson, mark Gonzales (the skateboarder), jean dubbefet could go on for ages. all have had a huge influence on my life.

this changes from week to week. currently listening on repeat to elton john-your song………………..its great and makes me want to get naked and sing out the window at passers by. “i hope you don't mind if i put down in woooords, how wonderful life is when your in the woooooorld”

again could be a long list. but one that comes to my head is i once did magic mushrooms at a party, where i was the only one that did them.  there was a food spread on the table.  i thought i should try an act normal and eat something. there were these things like rice or something in mussel shells. without thinking i had eaten not only the rice but also had eaten the entire shell as well and was trying to talk to someone whilst i was crushing it up in my mouth. i then squashed my friends banana cake in the sink because i tried to eat that straight after and felt weird so i tried to hide it down the sink. the last thing i remember was chasing my friend down the street shouting “I WANT MY BABY BACK”.  i then had to work a shift at the natural history museum the next day where i looked forward to the mussel shell returning out my bum. I'm not sure if this is particularly funny or incredibly tragic.

Tags
Interview
Satire
Humour
Peter Millard
UK Animation
More From ANIMATIONWorld:
Next Post
Patrick Osborne’s ‘Imaginary Mary’ Comes to ABCPrevious Post
Not All Animators Yearn to Direct Big Studio Films
Related Content
I Have a Question Priit Tender
I Have a Question Torill Kove
I Have A Question Fran Krause