I Have a Question Paul Bush

In which Chris Robinson asks animators profound and inane questions that have little to do with animation. Today's guest is British animator/scavenger, Paul Bush. 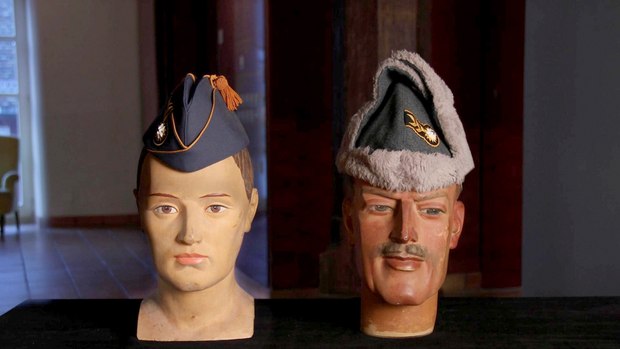 He’s an animation, filmmaker, lover, teacher, pioneer. He’s Paul Bush, best known in the animation scene for his unique, genre skirting films including His Comedy (1994), The Albatross (1995), Furniture Poetry (1999), and Five Minute Museum (2015). He agreed to meet with me on an old ship in the National History Museum during closing hours on a moist spring morning in 1798 whilst casually haunted by the museum’s former head of security, Peter Millard.

I get the greatest pleasure from loving and being loved

A (non-family member) person I have high respect for is my brother.... OK - but he seems non-family with absolutely none of our annoying traits, as if he was planted amongst us by benign aliens to show how we could behave; he is kind, gentle and clever. If you really want a non- family, even non-alien person I would have to choose the greatest political figures of my lifetime who achieved unbelievable goals without the taint of corruption that surrounds so much politics: Nelson Mandela.

The song that makes me tingle is anything from the first album I owned, Joni Mitchell’s Blue, but if I have to go for just one song I would choose Nina Simone singing ‘For All We Know’ (‘We come and we go like the rippells… like the rippererells in a stream’)

The funniest thing that happened to me? Oh how can one choose out of all the disasters, the farce, the coincidences and the accidents of my life, but the funniest of all was being born at all.

How ‘Luck’ Applies a ‘Less is More’ Approach to Comedy
Z is for Zagreb: The Animafest Zagreb Exhbition 1972-2022
Dude! - ‘Rise of the Teenage Mutant Ninja Turtles: The Movie’ Arrives
‘Super Giant Robot Brothers’: A Milestone in Virtual Animation Production
‘Luck’ Aims to Bring Hope to Kids In and Out of Foster Care
Pre, Tech, and Post: The Many ‘Vizings’ of ‘Chip ‘n Dale: Rescue Rangers’
Hammering Out the VFX in ‘Thor: Love and Thunder’
END_OF_DOCUMENT_TOKEN_TO_BE_REPLACED