I Have a Question Michael Dudok de wit

In which Chris Robinson asks animators profound and inane questions that have little to do with animation. This week's guest is the man behind The Red Turtle, Michael Dudok de wit. 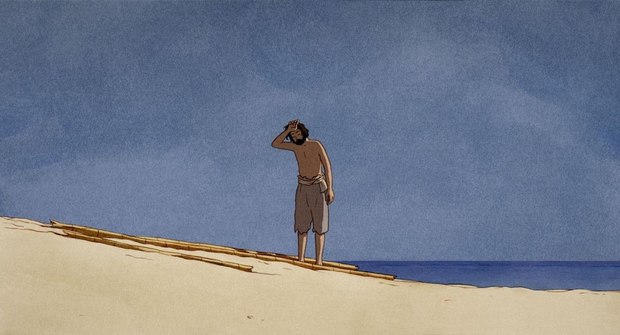 Quite the treat for you kids today. We have the very genial and mucho loved creator of The Monk and The Fish (1994), Father and Daughter (2000) and that little feature that could, called The Red Turtle. Michael agreed to meet with me for a 10km run on the streets of Utrecht at 10pm on a Sunday evening in March. Along the way I asked pertinent questions.

I have no desire for a nom de plume.

In the context of animation, there is one person that I have to mention. I didn’t idolize him, but almost. I deeply respected him and I was devoted to him because I basically learned more from him than from anyone else: Richard Purdum, who ran his own animation studio, Richard Purdum Productions in London, together with his wife and producer Jill Thomas. I arrived at their studio just after they started in 1980 and worked with them for about twelve years, initially as Dick’s animation assistant and gradually as an animation director, making interesting commercials with small teams of artists. Dick Purdum, now semi-retired, is extremely discreet, yet I see him as one of the most talented animators alive today. Besides, I learned from him and from Jill how to respect each collaborator individually, how to be a realistic perfectionist and basically how to be a professional. I loved working with them.

“The Thrill is Gone” performed by B. B. King together with Tracy Chapman (written by Roy Hawkins and Rick Darnell). It’s a slow, minor-key urban blues … exquisite.

Sadly I’m not good at describing funny things that happened to me. When I do, the humour somehow doesn’t work anymore. The funniest thing that happens to all of us is simply our everyday behavior, I find. It’s quietly funny how we talk, how we make unique gestures with our hands, how we sneeze, laugh, chew etc. The same with the animal kingdom; for instance, how chickens establish their pecking order, how ants create trails and how squirrels stare at us.