I Have a Question Matthew Rankin

In which Chris Robinson asks animators profound and inane questions that have little to do with animation. Today's guest is Cattle caller, Canadian animator and one time President of the Guess Who fanclub, Matthew Rankin. 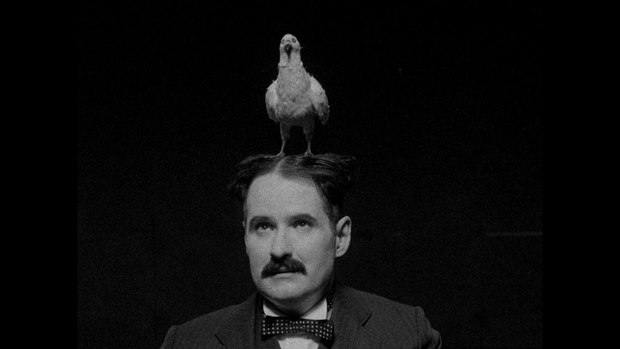 Matthew “Ranko the Almost Magnificent” Rankin is a maker of documentary, experimental and animation philims (Ottawa Valley word for ‘films’). His acclaimed cartoons include Cattle Call (with Mike Maryniuk), Mynarski: Death Plummet and The Tesla World Light. We met in 1978 under the Queen Elizabeth banner at the Winnipeg hockey arena as the Guess Who crooned “American Woman” to Bobby Hull’s tired toupee.

Favourite day of the year: Summer Solstice (such a sweet day!)

Some years ago in Winnipeg, one of my films was banned by the Manitoba government. I was charged with Crimes Offending Provincial Dignity and, within 24 hours, I was forced to abandon my beloved Manitoba forever. Since then, I sometimes have occasion to use the alias Maurice Krank. I like “Maurice” because it is vaguely sinister and treasonous, like Maurice Duplessis or Maurice Chevalier, and “Krank” of course denotes insanity and contains the most sordid element of my actual surname.  But I think the very best pseudonym ever devised belongs to my friend Deco Dawson.

The sport I do or would like to play is...Glima wrestling.

A (non-family member) person I idolize is.... L.L. Zamenhof (1859-1917): Inventor of Esperanto, the language of absolute human solidarity and love.

The sound designer I work with recently introduced me to Alice Coltrane’s psychedelic Sanskrit music from her mysterious swami period. This music is completely mind-boggling and I admit I have been listening to it a LOT. But my very favourite song, for many years now, is “Believer” by John Maus. For some reason it has exerted enormous power over my meaningless life:

I am extremely clumsy. My body knocks over a preposterous number of inanimate objects. Even my soul is clumsy. One time I was so clumsy I managed to irritate Burton Cummings, the only true and real celebrity that Winnipeg ever produced, whom I utterly worship. My closet of shame is very full but I am hoping that, with time, all of this will be hilarious.