I Have A Question Lorelei Pepi 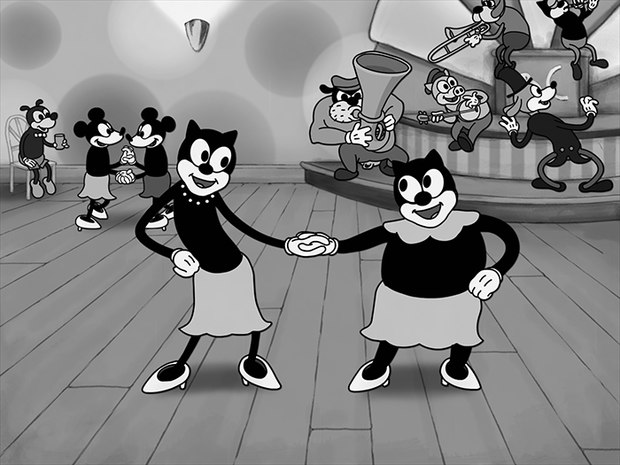 'Happy and Gay' by Lorelei Pepi

Lorelei Pepi is an internationally award-winning independent animation filmmaker living in Vancouver, Canada, where she is an Assistant Professor at Emily Carr University of Art + Design. Her work engages with issues of identity and representation, the sexual body and LGTB issues. Her animation film work has received international recognition with screenings and awards, and generous support from such organizations as Creative Capital, LEF Moving Image, Harvard University Film Study and the MacDowell Colony. Her website is: www.loreleipepi.com.

She agreed to meet me in a hot springs pool in Baden Switzerland. As the sun, sky and mountains spoke above us, we said nothing and simply enjoyed the moment of being alive. The year didn't matter nor did the day.

I get the greatest pleasure from connecting and having fun with friends, especially in creative making moments. My most beloved possession is an old oil paint brush from my mom, and a high school calculus notebook from my dad. These are artifacts of their creative passions in life and have become beautiful touchstones for me now that they’re both passed.

A (non-family member) person I have high respect for is any female artist that has enough self-empowerment to be able to dedicate herself fully to the pursuit of her art and a creative life. This is really hard to do for so many reasons, and I’m so amazed and impressed by women that can do this because I struggle with it all the time.

The song that makes me tingle is Jeff Buckley’s cover of Leonard Cohen’s “Hallelujah.” Everything in my heart and brain pauses in the “deep feels” space when I hear that song.

The funniest thing that happened to me was overestimating my skiing abilities and having to give up and figure out how to get down a steep mountain. I started to walk but then hit a patch of ice, fell and proceeded to slide in a rotating spiral the entire way down. Hearty clapping and shouts erupted from people in the chairlift line as I reached the bottom. I think that was the most enthusiastic applause I’ve ever received for anything.

I’d like to be remembered as the person who wrote the popular music tune “Llama Come Back to Me.” I still have to come up with the tune, though.

Tags
Interview
Humour
Lorelei Pepi
Grace
Jeff Buckley
More From ANIMATIONWorld:
Next Post
DreamWorks Animation Television Spreads its WingsPrevious Post
New DreamWorks Shorts Program Is for the Birds (and Marsupials)
Related Content
Keep it in Motion - Classic Animation Revisited: 'Grace'
I Have A Question Theodore Ushev
I Have a Question Vladimir Leschiov
I Have a Question Nina Paley